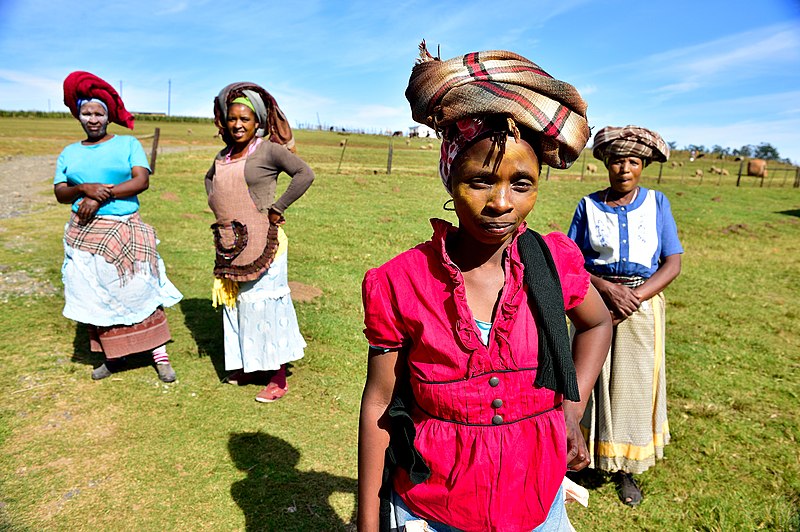 Assistant Professor of African Studies in the Josef Korbel School of International Studies at the University of Denver Dr. Singumbe Muyeba told The Borgen Project that South Africa is the most unequal society in the world in terms of economic racial disparity. Muyeba’s passion to eradicate urban poverty in Africa has guided his research in poverty and land reform in South Africa.

The Natives Land Act inaugurated the apartheid in South Africa in 1913. This left nearly 70% of black South Africans unable to purchase or occupy the land. Furthermore, this legislative order dispossessed and forcibly removed thousands of black families from their land. Black people had to go to impoverished areas throughout the country. Furthermore, they were unable to financially support their families. Moreover, the Act initiated the ongoing social and economic inequalities that prevail today.

The South African government initiated The Land Reform Process to deviate from the oppressive regime of the apartheid. In addition, it aimed to reinstate fundamental civil rights for all. This process involved:

South Africa recognized that land justice is crucial when addressing poverty, livelihood security and racial discrimination. Thus, it implemented land reform. However, the new land titling procedures and the authority of local land-owning elites in the system were obscure. It blurred the lines of the true beneficiaries. About 148 land reform programs in South Africa carried out fraudulent ventures between 2011 and 2017. Moreover, this highlighted political corruption as a contributor to the lack of land reform benefits.

Land reform in South Africa initially relied on the disposition of white land-owners selling their land. The land redistributed to black farmers has been meager parcels with insignificant economic benefits. Additionally, black farmers in the repossession of land often lack farming knowledge, practical skills, government-supported financial aid and suitable equipment that would enable profit. The Economist proposed that up to 90% of redistributed farms were not profitable in 2015. One can attribute this to deficient funding, development training and resource allocation. In addition, South Africans who choose restitution in cash compensation instead of land often receive insufficient amounts. This conduces poverty and constrains black farmers’ economic development.

Problems with the Movement

Muyeba explains how South Africans’ perception and lack of trust in their institutions, harbored from the apartheid’s colonialist regime, contribute to the barriers of achieving economic security and escaping poverty. He said, “If the poor who possess urban land rights perceive that they cannot rely on the effectiveness of institutions such as the rule of law, political leadership, public services and economic institutions, their property will sit idle as an economic resource. The poor will not use their land and housing in their efforts to build wealth and get out of poverty.” Although urban property rights strengthen employment opportunities, the potential monetary burdens can lead to property loss.

Despite the general consensus that property rights economically advantage low-income individuals, the structural barriers of the reform system leave impoverished South Africans challenged. Thus, they are unable to achieve economic security and elude poverty. Muyeba’s research findings indicate that “property rights for the urban poor empower the poor with ownership, the security of tenure, instill a sense of freedom and of belonging to a community and increase self-esteem among owners.” This empowerment can improve health and play an instrumental part in decreasing the effects of poverty.

South Africa became a constitutionally democratic country in February 1997. During this transformation, the Expropriation Act, which determined how the government handled previously privately owned land for public uses, mandated the government pay compensation that best served the public. It declared three attempts unconstitutional in October 2020. As a result, the Expropriation Bill proposed that “just and equitable” compensation will go to the expropriation of property for public use or interest. Furthermore, expropriation without compensation can receive justification in court depending on the acquisition, quality, use and value of the owner’s land.

South Africa’s Deputy President David Mabuza states that the Bill aims to correct the historic injustices, reinstate land rights, strengthen long-term food security and achieve equitable land rights. Many are concerned that the negative effects of expropriation could perpetuate injustices for communities. Additionally, land expropriation without compensation threatens the agricultural sector’s productivity and employment opportunities. Moreover, this will increase poverty rates. Muyeba says that the expropriation of farmland in South Africa will inevitably cause regional and international economic impairments. This is due to South Africa’s significant role in agricultural exports throughout the continent.

Land reform in South Africa plays a crucial role in achieving equitable land distribution and reducing poverty. Pre-existing victims must be the beneficiaries of the land reform movement. Muyeba believes that policy-makers should modify land reform programs according to previous national attempt outcomes while being mindful of South Africa’s vulnerable political and economic state.