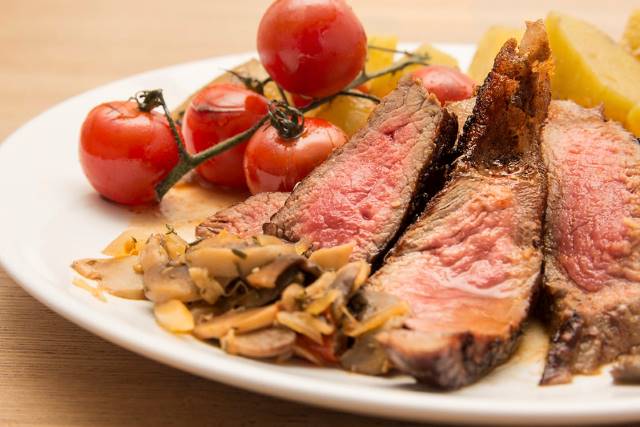 In the effort to reduce poverty around the world, scientific innovations and technological solutions are welcomed. Developments in technological capabilities provide new potential approaches to reducing poverty. One such development that has received increased attention is the emergence of lab-grown meat as an alternative source of food for populations in developing countries. Lab-grown meat has only emerged as a potential solution quite recently, and even at this young stage of development, there are many who argue both for and against its potential effectiveness and applicability in the effort to reduce poverty.

Lab-grown meat, known alternatively as cultured meat, is an alternative application of stem cell technology typically used in medicine. Stem cells are extracted from an animal and converted to muscle cells. The cells are then cultured on a scaffold with nutrients and essential vitamins. From this point, they grow and can eventually be shaped into any desired form, such as sausages, hamburgers, steaks or mince. Lab-grown meat is being considered as a potential solution to food insecurity in impoverished countries as it takes much less time to grow, uses fewer of the planet’s resources and no animals need to be farmed or slaughtered.

The Arguments Against Cultured Meat

Those against the implementation of cultured meat as a tool in the struggle against world poverty point firstly to the impracticality of current production. The world’s first cultured burger, cooked on live TV in 2013, cost $330,000 to produce and more of its kind might not be commercially available for decades.

In addition to the practicality issue, critics also argue that providing meat grown in foreign labs to developing countries is not ultimately constructive. It creates a dependence on exports for food when most developing countries have the capabilities to produce their own food.

Kanayo Nwanze former president of the International Fund for Agricultural Development (IFAD), presented an argument in 2013 which has maintained support today. The argument is that the decline of agriculture in developing countries has been an effect of underinvestment as a result of structural adjustment programs pushed by the World Bank. The World Bank has funded numerous investment programs in recent years that aim to provide developing nations with western food as a means of poverty alleviation. Some argue that this is not a sustainable solution and will only lead developing nations to be dependent in the future. Instead of investing in big science, those looking to reduce global poverty should focus on supporting rural regions and small farmers.

Despite the existing criticism of cultured meat, supporters of this developing technology have reason to be optimistic. In December 2020, U.S. startup, Eat Just, became the first in the world to gain government approval to sell its product to the public. This approval came from the government of Singapore, which means cultured chicken will soon be available at an unnamed restaurant in Singapore. This is a landmark development for the cultured meat business. Following this gain of approval, more governments around the world may follow suit. According to Eat Just, cultured chicken nuggets will be available at “price parity for premium chicken you’d enjoy at a restaurant.”

The Potential of Lab-Grown Meat

The debate around the effectiveness of cultured meat as a tool in poverty reduction is justified and indeed necessary. Only after serious consideration and scrutiny does any new idea earn approval and the right to be implemented. Though right now it may seem that there are more arguments against its implementation than for, this is largely due to the novelty surrounding the idea. The technology and industry with regards to lab-grown meat as a whole are still in the early stages of development. The idea of lab-grown meat as a potential solution to hunger and poverty is being followed eagerly by supporters and skeptically by critics. Only time will tell whether this novel idea succeeds or falls short.