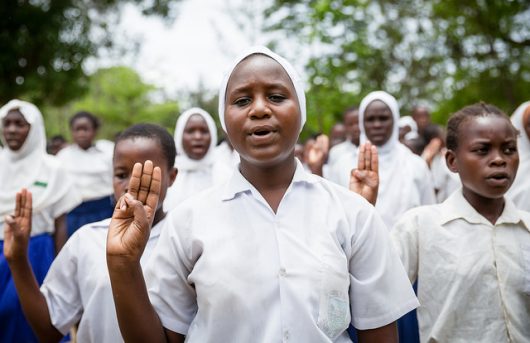 In September 2017, a BBC News correspondent reported a 60-year old woman from East Africa, Florence Cheptoo, learning to read for the first time. This feat is surprisingly uncommon for Cheptoo’s demographic in Kenya.

Although Kenya is one of the “best-educated low-income countries in sub-Saharan Africa,” the literacy rate among females, particularly the elderly, are lower than males. According to Global Ageing Campaign, “literacy rates among older people – especially older women – remain low and are often lower than for the population as a whole.”

The literacy rates among women have increased exponentially within the last 30 years, since the National Literacy Campaign launched in Kenya in 1979. During this time, according to a study from the International Review of Education, around 35 percent of males 15 and older and 70 percent of females in the same age group were illiterate. Furthermore, 93 percent of women over the age of 55 could not read.

In 1993, women comprised 70 percent of those enrolled in the adult literacy programs in Kenya, due to a lack of available educational opportunities for girls. Prior to the National Literacy Campaign, Cheptoo, who was born in 1957, did not receive support from her parents for education, encouraged instead to get married and have children. This is typical in sub-Saharan Africa, where females are often persuaded to marry early and are “unlikely to find any professional opportunities that enable economic self-sufficiency,” according to Daraja Academy.

Understanding the Poverty Rate in SeychellesHuman Rights in Micronesia: Inching Towards Equality
Scroll to top