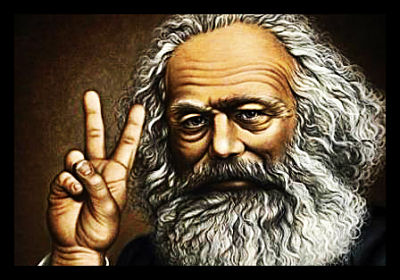 Was Karl Marx correct? Considered one of the fathers of modern communism, Karl Marx is not exactly a celebrated figure in western culture. Nor is he well understood. It is not possible to provide an adequate summary of his political or economic theories in this space, but a general discussion of some of his ideas may prove beneficial to understanding the current global economic crisis and the growing crisis of income inequality. Whatever our preconceived notions about Marx may be, one cannot deny the thought-provoking nature of his ideas.

Marx envisioned history as a kind of evolution in the modes of production, each mode being defined or characterized by class struggle. Marx theorized that the capitalist mode of production relies on profits that are generated by the exploitation of workers’ time and labor. The desires of the workers–higher wages and better working conditions–will always be pitted against that of the capitalist, who seeks only to maximize profits.

Naturally, this idea is not popular in western societies where “free markets” and “capitalism” are considered canon. But Marx’s theories may need to be revisited. Since 2008, the world’s economies have experienced sluggish growth, stagnant incomes and widening gaps in income inequality. As a result, there is an increasing tension between the rich and working classes as evidenced by movements such as Occupy Wall Street and the fast-food workers’ strike in the United States and the garment workers’ protests in Bangladesh. Though these events garner little mainstream media attention, they are worth exploring and understanding.

If there is one Marxist idea that is particularly relevant today, it is this–capitalism will impoverish the working masses and concentrate wealth in the hands of a very small but very powerful class of über-rich individuals. According to a study by the Economics Policy Institute, between 1983 and 2010, 74 percent of the gains in wealth in the U.S. went to the richest 5 percent while the bottom 60 percent suffered a decline. There are plenty of troubling statistics like these that evidence a crisis of wealth inequality in the United States and across the world.

Marx wrote, “Accumulation of wealth at one pole is at the same time accumulation of misery, agony of toil, slavery, ignorance, brutality, mental degradation, at the opposite pole.” Any objective view of global economics today can see how this statement makes practical sense.

This is not to say that Marx developed a perfect worldview or flawless economic theory. But perhaps the critical question is not whether Karl Marx was correct, but whether western policymakers are (at best) the victims of dogmatic groupthink or (at worst) well-compensated puppets of the über-rich.

To change current economic trends, people everywhere will need to come together to generate new ideas and begin thinking about alternatives to capitalism. Marx might be a good place to start.