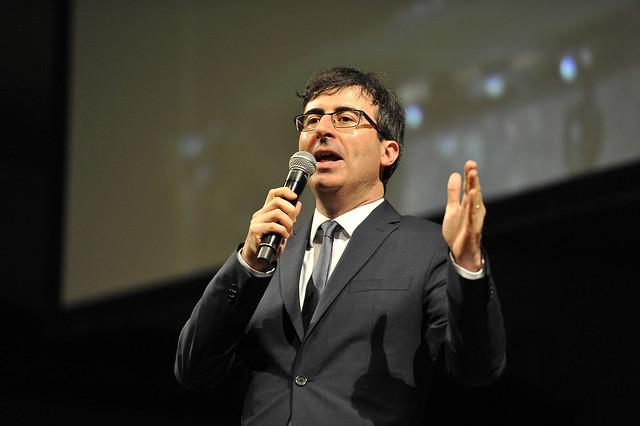 John Oliver, comedian and the host of Last Week Tonight with John Oliver, is renowned for putting a comedic spin on recent news stories. Indeed, he has mocked everything from horses to cereal mascots to his own self-professed bird-like appearance. However, fans of Last Week Tonight know that he has a soft spot for the less fortunate and endeavors to help them. What they may not know, however, is that John Oliver also supports the Touch Foundation.

Fans of John Oliver will know that his penchant for philanthropy is nothing new. On his show, he has been known to do outrageous, often hilarious, things to help those in need. Sometimes, this comes in the form of a plea made from the set of Last Week Tonight. For example, during the 2017 French election, John ended an episode by switching to a film noir style and urging the people of France not to vote for the far right extremist candidate Marine Le Pen. Another time, he hired singer Weird Al Yankovic to sing an accordion-filled song begging North Korea not to nuke the U.S.

Sometimes, however, John Oliver’s contributions to helping people are much more tangible. For instance, his team created a children’s book called A Day in the Life of Marlon Bundo. This book, which stars Vice President Mike Pence’s rabbit, supports the Trevor Project and AIDS United by allowing people to donate to one or both of those charities to receive a free ebook. The profits from sales of physical copies of the books also go towards those charities.

Another time, he bought several items from Russell Crowe’s The Art of the Divorce auction, including the jock strap from Cinderella Man, and donated them to one of the last remaining Blockbusters in the U.S. to help it keep its doors open. However, the fact that John Oliver supports the Touch Foundation financially was never mentioned in the show.

About the Touch Foundation

The Touch Foundation is an organization that seeks to improve healthcare in Tanzania. Healthcare in sub-Saharan Africa is lacking, as is evident by the fact that the life expectancy of the average adult is 20 years less than that of the average American. In fact, one in five children won’t even live to see his or her fifth birthday. Tanzania, in particular, suffers from an abysmal number of healthcare workers, a high rate of childbirth complications, limited access to basic healthcare services and many deaths from treatable and/or preventable diseases.

The Touch Foundation fights the poor healthcare in Tanzania by looking for flaws in the country’s healthcare system, bringing them to the attention of the Tanzanian government and obtaining funding for long-term programs that teach sustainable techniques for good health care. They do all of this by using institutions that already exist in Tanzania.

The Touch Foundation’s focus is spread across the healthcare system. One of their main goals is training new healthcare workers and helping existing ones improve. That way, access to healthcare will become much more widespread. They also target specific healthcare priorities that impact Tanzania the most, including maternal and newborn health, non-communicable diseases and cardiovascular health. On top of that, they send detailed reports of their results to their local and international partners.

The Touch Foundation has spent more than $60 million improving Tanzania’s healthcare system. This has resulted in better lives for 17 million Tanzanians (one-third of the people who live there). The Touch Foundation has trained more than 4,000 healthcare workers. For the ones who are still in training, 900 of them are housed in new and refurbished dormitories. Also thanks to Touch, the enrollment rate at the Weill Bugando Medical College has increased from 10 to 900 since 2004, and 96 percent of graduates remain within the healthcare system.

The Touch Foundation has helped reduce maternal deaths by 27 percent. The number of surgical centers at the Bugando Medical Centre has increased from 7 to 13, allowing for 30 percent more surgeries. The Touch Foundation has also worked to install electricity generators, water pumps, high-speed Internet, waste incinerators and laundry facilities at medical centers across Tanzania.

John Oliver is very outspoken about what he believes in. He will do ridiculous things for those who he feels needs his help. However, the fact that John Oliver supports the Touch Foundation is relatively obscure. Despite this, his contributions go to making Tanzania a better, healthier place to live. He doesn’t need to do something insane to show that he cares about Tanzania; his quiet contribution to the cause is enough.