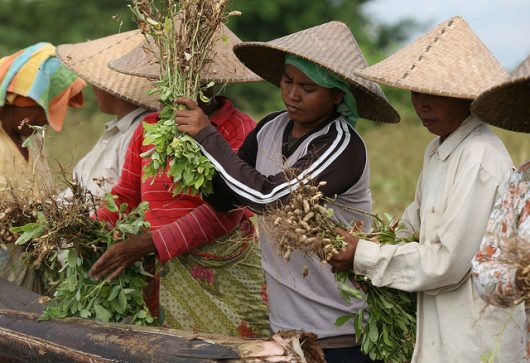 All the foreign aid in the world could be useless if not implemented well. The Borgen Project seeks to help third-world countries join a global market and become self-sufficient. Among the many ways for developing governments to reach this goal, there is a common debate over whether it is better to have foreign aid creating jobs for the unemployed, or to simply give would-be entrepreneurs cash directly. In the debate of job programs versus payouts, each tactic has its own valuable strengths.

Supporting a work program would equip workers with what they need for a good job in a competitive world. The World Economic Forum predicts that five million jobs will be lost around the world by 2020. For first-world nations, this loss can be offset by an increase in productivity and wealth. For third-world nations, artificial intelligence means low-wage workers will lose their competitive cost advantage in a global market.

The Financial Times predicts that 85 percent of all Ethiopian jobs are at risk due to automation. Corporations do not wish to pay human employees more in exchange for less efficient work. A job program, for nations striving to reach industrialization, can teach citizens skills that machines cannot learn. And that system will help developing countries keep pace with their richer neighbors.

Each country’s difficulties are best solved through their own workforce

The World Bank examined how small and medium enterprises (SMEs) contributed to the growth of almost 100 developing countries. Its research concluded that SMEs do more than provide the most employment for states. SMEs help developing nations even more than the biggest firms, in contrast to the U.S. economic system. SMEs bring in more than 80 percent of job creation even in countries with net job loss.

Some of a starting business’s greatest obstacles include lack of finances and burdensome taxes. Helping people help themselves would be an efficient use of money. As The New York Times notes about job programs versus payouts, human capital “could catalyze more business investment and activity in low-income neighborhoods, which would further promote economic growth.”

Emerging nations need money invested in its entrepreneurs, not its corporations.

The World Bank admitted that to claim “SMEs provide productivity growth” is dubious. If job programs only train developing nations to be cogs in a global machine, then ultimately only large corporations will benefit.

The USAID website, similar to the World Bank, agrees that entrepreneurs in developing nations need help to get started. But USAID notes that investors don’t contribute to high-risk yet promising early enterprises. If cash only flows to what’s proven to work in an economy, then no startup will escape a global corporation’s shadow. Through several nonprofits and systems, USAID “efforts focus on directly strengthening individual, high potential entrepreneurs.”

The debate of job programs versus payouts may never be solved. Artifical Intelligence will not be the last technology to threaten jobs, and corporations will ultimately never be the only factor taking a nation to greatness. USAID, the World Bank and the Financial Times can all agree on one thing: investment in the poorest among us is the key to our brighter future.