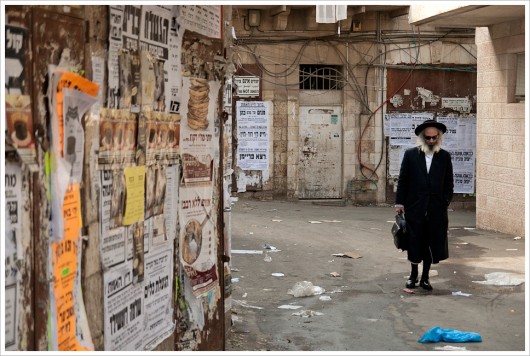 An Israeli Defense Force (IDF) reserve unit has been specifically tasked with providing medical and humanitarian assistance to Palestinians. The unit is staffed by medical professionals who administer training exercises designed to mimic potential emergency situations in the field.

In addition to realistic conflict and disaster training scenarios, there is an emphasis on providing unquestioned care to any and all patients regardless of nationality or religion.

Capt. (Res.) Dr. Yishai Lev, a commander in the company, comments on its conceptualization, “The idea of adapting the unit actually came from our soldiers who recognized the need for it in the field.” This implies the civilian impact of the conflict was clearly witnessed by multitudes of IDF forces who were inclined to work toward a solution.

In reference to the humanitarian motive, Lev adds, “This medical care stems from our commitment to the Jewish and modern value of human rights.” The IDF company also collaborates with Palestinian medical services in an effort to help establish a more robust medical infrastructure.

An unfortunate truth, however, is that some Palestinian patients are reluctant to receive care from Israelis in fear of the cultural backlash from their societies back home. Israeli hospitals are aware of these concerns and have emphasized that doctors must provide all patients with exceptional treatment and care.

Yazid Fallah, a medical coordinator at a hospital in Haifa states, “We calmed them down and said there is no such danger in an Israeli hospital. We see humans and not antagonists. Israeli patients try to make the Palestinian patients feel comfortable. They believe that they are all in the same boat.” The hope is that upon their release, patients will share their experiences in efforts to change prevailing attitudes.

The IDF reserve company is not an isolated instance of Palestinian aid, as there is a recent precedent and history of aiding impacted civilians. During the midst of the Palestinian-Israeli conflict this past summer, the IDF opened a field hospital intended to treat Palestinian civilians caught in the crossfire.

The wounded civilians in Gaza far outnumbered the capacity for the region’s hospitals. Facilities were ill-equipped and often under siege during operation. This unfortunate truth was realized by the IDF and was the catalyst for setting up the field hospital.

The hospital was strategically placed in between Gaza and Israel at the Erez border crossing. Situated in Northern Gaza, the Erez border is the only legally sanctioned crossing to and from Israel, which at the time, received a heavy influx of foot traffic. Border patrols were said to have been prepared for 5,000 crossings per day.

It is also the location of the first casualty of the summer’s conflict after an Israeli volunteer was killed by a mortar. The primary function of the field hospital is to extend emergency type care to patients, but it was capable of servicing other medical needs as well.

A statement released by the IDF read, “The hospital will include an emergency clinic, pediatric and gynecological services, a delivery room and even overnight hospitalization when needed. The staff will include doctors, nurses, x-ray technicians and lab technicians.”

Regardless of diplomatic allegiance, efforts of preventing innocent suffering are always commendable. In reference to this sentiment, Lev states, “When people are in need of care, we can’t afford to be indifferent.”