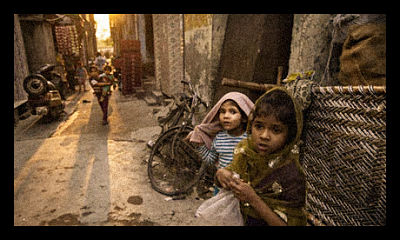 Discussions of poverty in India are not new to the global conscious. With Slumdog Millionaire’s popularity in 2008 came an important public conversation about slums and poverty, but did the conversation go far enough?

India is home to over 1.2 billion people. Between 2004 and 2005, almost 38 percent of people in India were living below the poverty line. Recently, India’s Planning Commission released the newest set of numbers regarding the country’s poverty statistics. Between 2011 and 2012, the number of Indians living in poverty dropped to 22 percent. Strictly addressing these numbers, a celebration would appear to be in order. These numbers conveniently do not mention that even with these improvements, one in five Indians is still living in poverty.

These new statistics were met with a number of concerns from numerous places. Why? Most have argued that the standard by which the commission measures poverty is highly unrealistic. The commission disagrees. Data analysts would have people believe that the numbers never lie, so what is the problem? The problem here is the method.

According to the Suresh Tendulkar method, in cities, people living on the equivalent of 55 cents or less per day are considered at or below the poverty line.

Those living in rural areas, where a majority of the nation’s poverty is found, are considered poor if they are living on 45 cents or less per day.

In 2011, Tushar Vashisht and Mathew Cherian conducted an experiment in Bangalore, India. Though their rent was covered, they spent three weeks living on 100 rupees per day, or around $2 per day. 68 percent of India’s population lives on or below this amount. During their experiment, both lost weight and experienced lethargy due to lack of proper nutrition. The duo found that while living on the equivalent of 54 cents a day, they were unable to attain sufficient nutrition. They did not have access to a reliable means of communication and their range of mobility was severely limited to a distance of three miles. While they were able to fill their caloric needs during a majority of the experiment, they noted that they were unable to afford enough healthy food to fill themselves. They noted that access to internet was impossible on their budget and transportation ate dangerously into their budget.

While this experiment could not be an exact replica of life at $2 per day, it is eye opening. Imagine having to support an entire family on this budget. When broken down this way, it is easy to understand why 44 percent of Indian children are underweight.

This news is not all bad, however. Though it is speculated that the poverty rate has declined as much as the India Planning Commission would like to portray, there has been progress made in poverty reduction. This is seen in the overall economic growth of the country, specifically an increase in farm growth and more jobs available.

The revelation of this new data creates a new conversation regarding an old, but prevalent problem the people of India face. While the method for measuring poverty in India has been updated to reflect new developments in the fight against extreme poverty, it appears that there is a need for a new method.

How Prevalent is Stunted Growth?Deafness in Sub-Saharan Africa
Scroll to top