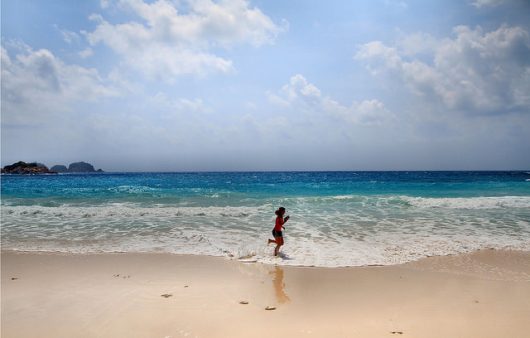 While this statistic may seem optimistic, Malaysia still has big problems in trying to reduce HIV for the country’s poorest. Malaysia is ranked seventh highest in the prevalence of HIV in the adult population amongst all Asian countries.

The Malaysia AIDS Council reported in 2016 that there were 3,397 new cases of the HIV infection. This number contributed to the overall population of people living with HIV in Malaysia, which is reportedly 93,089 people. Additionally, there were 911 AIDS-related deaths that same year.

After failing to meet their Millennium Development Goal in reducing HIV/AIDS amongst the population, the government responded by introducing a variety of harm reduction programs. These programs predominately aim to reduce the amount of drug injection users in the country, since they are particularly vulnerable to HIV contraction.

World Bank reports that HIV harm reduction programs are the “most cost-effective” programs in terms of future savings. The projection of long-term benefits from 2006 to 2050 indicated savings of around $22 million.

These types of programs have significantly reduced the number of new HIV cases amongst drug injection users. World Bank reports that in 2005 there were around 4,000 new cases of HIV within the Malaysian population. In 2017, the statistic dropped to merely 115 new cases. The prevalence of HIV in Malaysia amongst drug injection users reduced between 2009 and 2017, from 22 percent to 13.4 percent.

The Needle and Syringe Exchange Programme

Created in 2006, The Needle and Syringe Exchange Programme (NSEP) was introduced by the Ministry of Health and the Malaysian AIDS Council. It was a community-based health care service, primarily for people who inject drugs. As of 2012, they reached more than 24,000 registered people.

The activities of the NSEP in Malaysia include exchanging used needles for sterile ones, disposing of needles in a safe manner, educating, providing rehabilitation and encouraging safer sex practices through condom distribution. The service also provides Drop-In Centers that allow patients to receive counseling, light treatment, meals and a place to rest.

Patients receiving aid from NSEP are typically aged from 25 to 50. People under 18 cannot visit the Drop-In centers and are referred to other services. There are currently 17 Outreach Sites associated with the program in all states within Malaysia- excluding Sabah and Sarawak.

Methadone Maintenance Therapy is a form of drug replacement therapy. It functions by incrementally decreasing the amount of the drug injected into the user, slowly weaning them off the substance. The amounts are so low that users do not feel high when using it, and the process helps reduce the desire to inject altogether. This type of therapy reduces drug-related crimes and allows users to recover and return to work.

It became apparent after implementation of harm reduction therapy that many drug injection users were fishermen from the city ports on the east coast peninsula of Malaysia.

In 2011, the collective programs have reached approximately 35,000 injecting drug users. The latest National Strategic Plan for HIV/AIDS hoped to expand its reach to 136,000 drug users by 2015, which would equate to about 80 percent of the injecting drug user population in Malaysia.

Although not entirely fulfilled, the amount of the drug user population that began receiving Opiate Substitution Therapy, similar to Methadone Maintenance Therapy, was 50.4 percent by 2015. This was based on an estimate of the overall number of drug injection users in the country, which was 170,000 people.

The numbers show a drastic drop from the pandemic’s original scope. In 2002, there were 6,978 new cases of HIV, while in 2016 there were only 3,397 reported. This is a 60 percent drop in new cases of HIV in Malaysia. Out of all the new cases, 2,984 were sexually transmitted, while 377 were transmitted via drug use, which proves the success of implemented programs.

In 2015, the Global AIDS Response Report showed that there were almost 900 facilities throughout the country, both governmental and private, aimed at rehabilitation and therapy for HIV patients. This is a tremendous increase from the previous number in 2006, that was less than 100 facilities.

The projection of HIV cases in Malaysia shows a steady decline from its original peak in 2002. There are clear advancements in eradicating the disease amongst the population. More work needs to be done, yet the progress thus far is very promising.