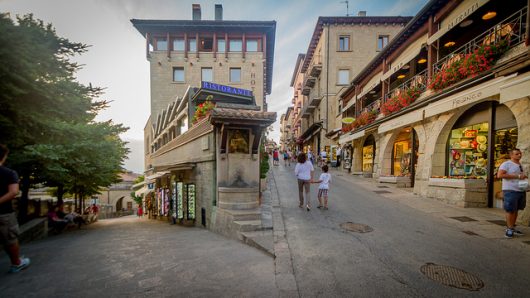 San Marino, a microstate surrounded by Italy, is known as the world’s oldest republic, dating back to the year 301. Its economy runs off of tourism, banking and the manufacturing and export of ceramics, clothing, fabrics, furniture, paints, spirits, tiles and wine. This accounts for more than half of San Marino’s GDP. With a population of less than 33,000, hunger in San Marino is not seen as a problem.

The recession of 2009 had a major impact on tourism as an economic stimulus. However, by 2016, the unemployment rate dropped from 9.3 percent to 8.5 percent by the end of the year. In comparison, the United States had a rate of 4.7 percent at the end of 2016.

San Marino, like many European countries, uses the euro as its currency. As of August 2017, the exchange rate is one euro to 1.19 USD. This means that the costs of everyday items are almost equivalent to the prices in the United States. Hunger in San Marino could be affected by the cost of living, but that is not the case.

The average monthly salary after taxes is about 2,445 euros. The cost of living in San Marino is relatively inexpensive, with prices averaging about 600 euros per month for apartment rent, while grocery costs remain low. The cost of living can be compared to that of small cities in the U.S.

In 2010, it was reported that the percentage of overweight females in San Marino was 67.4 percent, while the male percentage was 60.5. This data shows that hunger in San Marino is not a problem; rather, overeating and unhealthy diets are more of a problem for the country.

On Monday, October 16th, the Republic of San Marino is going to celebrate World Food Day, which is organized yearly by the Food and Agriculture Organization of the United Nations (FAO). It celebrates the anniversary of its founding and raises awareness on the world hunger problem. Despite not having hunger problems of its own, San Marino makes sure to advocate for other countries which do deal with severe hunger.