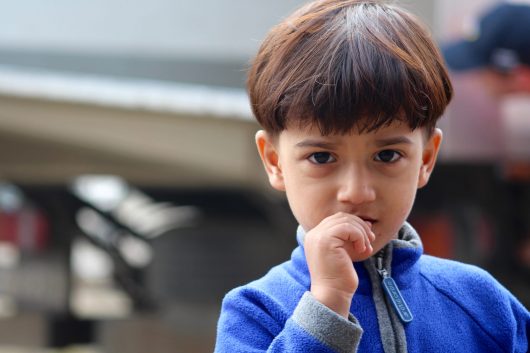 On February 22, 2017, citizens gathered at Zagreb’s Croatian National Theater in celebration. That day marked the 100th year anniversary of Friar Didak Buntic’s efforts to save children in Croatia, Herzegovina and Bosnia from the famine plaguing the last two years of World War I. Through his efforts between 1917 and 1919, an estimated 29,000 famished children were moved to more affluent areas in the North. They were greeted by organized shelters led by Buntic and other prominent citizens. Prime Minister Andrej Plenkovic lauded the humanitarian’s work at the anniversary celebration.

Since then, and especially in the past few years, Croatia has made significant gains when it comes to hunger. The Global Hunger Index in 2015 cited that, along with 17 other countries, Croatia had reduced the number of people with lack of access to food supplies by 50 percent. This improvement came on the heels of the damaging 2008 recession, which caused the United Nations Children’s Fund (UNICEF) to report in 2014 that Croatia’s children were among the hardest hit — ranking 38th in the world as those years saw an 11.8 percent rise in impoverished children.

Regardless of recent improvement, UNICEF’s findings in 2014 caused political turmoil between Croatian Prime Minister Zoran Milanovic and Mladen Levak, a member of the Croatian parliament for the Labour party. Milanovic insisted that the findings were false and tinted with populist bias. Levak offers a rebuttal, “….Yes, there is food but not for all — for some opportunities pile up while for others poverty piles up.”

This sentiment reflects the fact that poverty and hunger in Croatia mimic that of other developed countries. How one is poor, and not just the fact that one is, does matter. Poverty can be felt in different ways, especially between the 21 different counties across Croatia — all of whom experience poverty slightly differently. The difference lies between poverty depth and poverty severity — how far away households are from the poverty line versus the income inequality between the poor classes.

The 2016 Global Hunger Index for Croatia is rated as a low score of less than five. There is still work to be done, as there is in every nation globally, but hunger in Croatia has improved markedly from the damaging 2008 recession. It seems hopeful that in another 100 years the people of Croatia will be able to celebrate Friar Didak Buntic’s work once again.

Seven Facts About Improved Education in the MaldivesAptART: Amplifying the Voices of Marginalized Groups in Jordan
Scroll to top