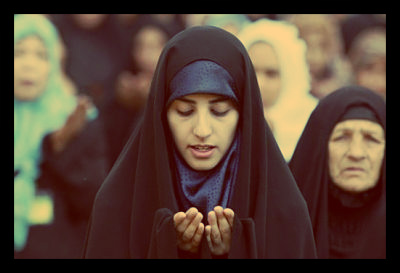 Women’s rights in Iraq are in danger of being further limited. A new law up for vote in the government would allow girls as young as nine to be married. The law, called the Jaafari Personal Status Law, would also require women to submit to sex with their husbands at any time. Activists throughout the world voiced their objection to the proposed law calling it a major setback for the country.

Many are concerned that this is a beginning sign of a rollback of women’s rights in Iraq. Currently, the minimum age for marriage without parental consent is 18. Girls as young as 15 are currently allowed to get married as long as they have parental consent. This law is put forth by people who base the ideology behind the legislation on the principles of a Shiite school of religious law. Basing the law on one religious affiliation may cause tension between other sects in the country.

The law does not specify a minimum age for girls to get married. Instead it is passively mentioned in the section of the law dealing with divorce. The law outlines rules for divorce for girls as young as nine years old. The law also says that nine years old is the age that girls reach puberty. Many critics of the view claim that the specified age in the divorce section mean that they intend to allow girls that are that young get married.

Sunni female lawmaker Likaa Wardi criticized the law for violating the rights of women and children, “The Jaafari law will pave the way to the establishments of courts for Shiites only, and this will force others sects to form their own courts. This move will widen the rift among the Iraqi people.” Opposition to the law has been mounting over the past couple of weeks in hopes that enough pressure can be put on the government to scrap the law.