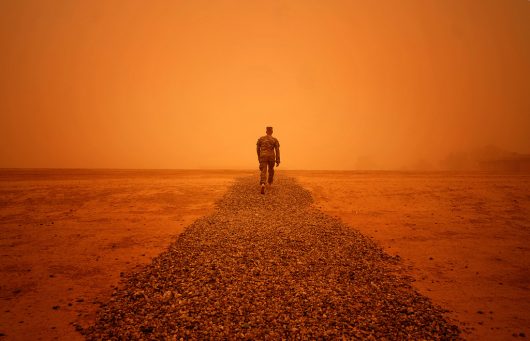 The United Nation’s World Food Programme (WFP) began providing food aid and humanitarian assistance to Iraq in 1991. In October 2016, 1.2 million Iraqis received food assistance from the WFP. However, a staggering 4.4 million across the nation are still in need.

Due to cuts in funding from donor states, the WFP has reduced food rations in Iraq by 50%. The move will leave 1.4 million displaced Iraqis without assistance, although the agency is negotiating on how to regain full funding from donors such as the United States, Germany and Japan.

Occupation of the region by Islamic State facilitated the destruction of massive annual barley and wheat harvests, destroying an annual one-third of the nation’s crop yields. The Carnegie Endowment for International Peace also attributes increasing influxes of internally displaced persons and Syrian refugees, inefficient supply chains, lack of governing infrastructure and cash shortages to be at the root of Iraq’s food supply crisis.

Agencies active in providing assistance include Iraq’s Ministry of Displacement and Migration, United Nations organizations and the WFP. These actors constitute the foundation of social protections and safety nets for Iraqi citizens through food distribution, development and financial support.

According to an Iraq WFP aid study on social protections from the Centre for Social Protection at the Institute of Development Studies, Iraq’s Ministry of Displacement and Migration granted financial aid of 300,000 dinars (USD$255) to 9,373 families displaced among a dozen countries. This ministry also runs a “human stability” program.

Although cornucopias of vulnerable populations, an absence of adequate legal statutes and corruption are all hurdles to food assistance, there are steps that can be taken to improve Iraqi social protection systems. For example, the WFP recommends “building the capacity of social protection research, increasing the number of beneficiaries and demanding inclusion of the unemployed in social welfare systems.”