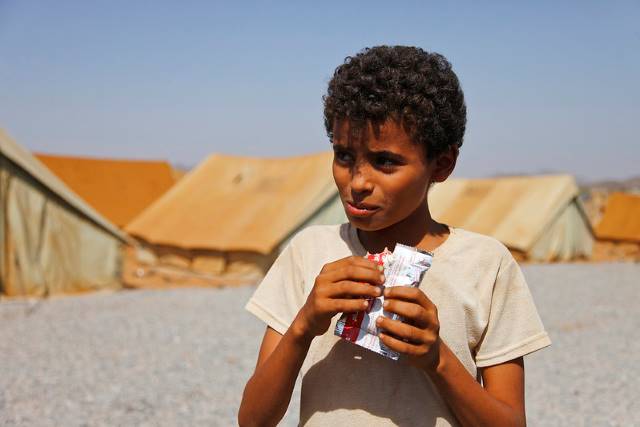 President Biden announced his plan to end all U.S. involvement in the war in Yemen in February 2021. The President stated the U.S. will take on a mediator role with a focus on ending the war instead. This reversal is one of many steps Biden feels will serve as a course correction for U.S. foreign policy. The Trump administration and many others prior have often taken the side of foreign authoritarian leaders all for the sake of stability. This has only aggravated the humanitarian crises in conflict-riddled countries like Yemen. The U.S. is working to remedy its contribution to the dire state of war-torn Yemen.

Effects of the War in Yemen

The military conflict created mass instability throughout the country of Yemen. As a result, Yemen experienced extreme poverty, starvation, violence and the displacement of millions of people. Thus, the situation in Yemen has been labeled as the world’s largest humanitarian crisis. More than 24 million people are in need of humanitarian assistance. This includes more than 12 million vulnerable children.

About 4.3 million people have lost their homes due to displacements. Additionally, more than 230,000 people have died as a result of the consequences of war and conflict in Yemen. This includes more than 3,000 children. Furthermore, more than 20,100 airstrikes have been conducted on Yemen. The Obama administration conducted an estimated 185 airstrikes over eight years while the Trump administration conducted nearly 200 in four years. These attacks contributed to more than 17,500 deaths and injuries. Moreover, the airstrikes have destroyed schools, hospitals, water wells, civilian homes and other essential infrastructure.

While the U.S. has played a significant role in creating the world’s largest humanitarian crisis, the nation is also the leading contributor of foreign aid to Yemen. According to the United States Agency of International Development (USAID), the U.S. has provided more than $1.1 billion of foreign aid to Yemen since 2019. This aid has provided funding for food, shelter, medical care and other essential resources. In addition, USAID states that the U.S. allocates funding for development initiatives that focus on helping put the country on a stable path to recovery and prevent continued dependence on humanitarian aid.

The U.S. involvement in the war in Yemen is shifting from tactical to mediation. This is putting the nation on the path to recovery. Furthermore, the end of the war benefits Yemeni civilians and the U.S. economy. As the U.S. is pulling out of the offensive efforts, the foreign aid provided to Yemen can be fully utilized.

President Biden emphasizes the importance of this decision in his foreign policy address, stating, “this war has to end.” He decided to take a step in the opposite direction of the last two administrations, including the Obama administration in which he served as vice president. Additionally, President Biden claims this decision to be one of many in a plan to restore U.S. emphasis on diplomacy, democracy and human rights.