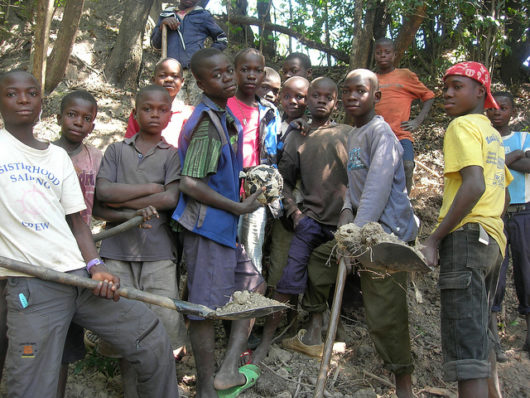 Zimbabwe, a landlocked country located in Southern Africa, is becoming an interesting area for foreign investments. China is planning on investing more than $3 billion in the country this year. Some of the projects include investments in the hospitality, steel, mining and manufacturing sectors. China has been a major investor in Zimbabwe, accounting for more than 70 percent out of total Foreign Direct Investment (FDI).

Acting Chinese Ambassador Zhao Baogang, stated that China has strong confidence in Zimbabwe. After the efforts made by the Government of Zimbabwe, China believes that more investments will be attracting, the economy will go back to normal and the country will become prosperous and strong. Baogang is referring to the past government corruption under dictator Robert Mugabe and the hyperinflation that caused many inhabitants to struggle to afford food.

With a per capita GDP of $1,000, many Zimbabweans struggle, finding it hard to afford even the essentials. One such indirect solution has been provided by external companies and nations investing in Zimbabwe, creating jobs and bringing the country out from poor economic conditions. Zimbabwean politician Patrick Chinamasa stated that he believes working with China is necessary and wise because they have been able to take almost 300 million people out of poverty. Chinamasa is the Finance Minister and trusts China to help the poverty-stricken nation grow financially. He believes that more jobs and less government corruption will help renew business interests in Zimbabwe.

China has had previous success with investing in Africa. This year is not the first time China has partnered with an African country in a business venture. Shoemaker Huajian Group had a huge financial success in Ethiopia thanks to Chinese investment. The shoemaker is set to expand to Zimbabwe, opening a $2 billion shoe factory in the country. It will be Huajian Group’s second-largest shoe factory, second to their largest facility built in Addis Ababa, Ethiopia. If the deal is followed through, over 15,000 jobs will be created.

Future of Investing in Zimbabwe

According to Baogang, 2019 is an important year, as many international companies have discussed or already began their projects in Zimbabwe. Jinan Sinotruck Co. is a Chinese light truck maker that is collaborating with Quest Motors, a struggling vehicle manufacturer based in Mutare, to help them succeed again. More outside investors are seeing future financial prospects in steel, a basic component in building automobiles.

Investing in Zimbabwe is one opportunity external investors view as crucial for lithium mining. The Bikita and Kamatavi mines are seen as viable investments as the world turns to electric cars, which, such as the Tesla Model S and Chevy Volt, utilizes power from lithium-ion batteries. Pacemakers and other battery-utilized medical equipment make use of lithium batteries as well. With the future automobile industry appearing battery-powered, more companies are becoming interested in lithium mining. Zimbabwe’s ambassador to China Paul Chikawa has echoed Baogang’s optimistic statements, stating that Chinese investors are interested in projects involving tourism, manufacturing and mining.

The outside involvement in the country’s lithium mining is good news for Zimbabwe. Various companies, such as Prospect Resources, founded in Australia and listed on the Australian Securities Exchange, invested more than $165 million in Zimbabwe’s lithium mining industry through the Arcadia Lithium Project. The company stated that $3 billion in export revenue is feasible. Baogang mentioned that two other companies are interested in lithium mining in the Kamativi mine in Matabeleland North province and that some progress has already been achieved.

According to diplomats from Australia and China, several more investors are interested in investing in Zimbabwe. They are keen on expanding to a nation with many prospects in the mining, hospitality, steel, agriculture, rail and timber industries. With many investors interested in Zimbabwe, the nation is set to create new jobs and grow financially, providing its citizens with better living conditions along the way.