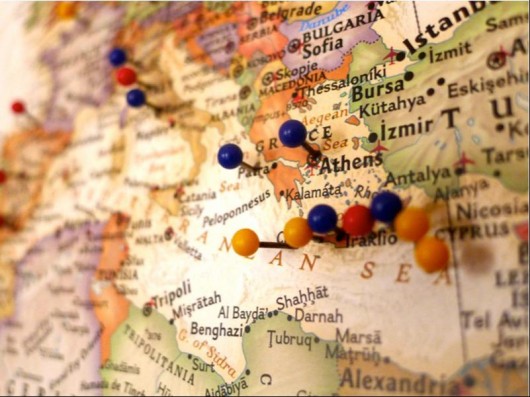 Many Americans are wary about investing in emerging markets simply because they do not know how international investments help the U.S. economy as well as the developing world. Below is a list of the top three ways that global investments can positively influence the United States and beyond.

Job Creation
According to a study by the U.S. Chamber of Commerce, American companies that invest overseas create a greater number of higher paying jobs within the United States than those that only invest domestically.

These jobs tend to be high-skilled and provide financial stability for American citizens. U.S. exports to Africa reached a record-high of over $50 billion in 2013, supporting 250,000 U.S. jobs.

During the 2008-09 financial crisis, 50 percent of global growth came from economic progress of emerging markets in developing countries.

The World Bank invested $3 billion in international labor programs and social protection in order to improve employment rates that year. In fact, 172 different cooperatives were able to offer jobs to those in the developing world throughout 85 different countries.

New Markets and Consumers
According to the U.S. Global Leadership Coalition (USGLC), 1 out of every 5 American jobs is export-based, with half of our exports going to developing nations. Once a company invests overseas, that nation’s economy strengthens, which leads to new markets for those in the developing world to participate in as consumers.

Since 95 percent of potential consumers live overseas, Americans should return investments so that those in the developing world have the chance to become more than just consumers, but also small business owners and professionals who will be able to invest in different American markets.

This growth in consumers will lead to larger sales figures, boosting markets back at home. Jim Yong Kim, President of the World Bank Group, explains how investing in the quality of life overseas is possible.

He writes, “We need to find economic growth strategies that will help all segments of society in emerging markets – reaching even fragile states striving to put years of conflict behind them and create good jobs for the people.”

Poverty Solutions
Investing in the emerging markets of developing countries offers social solutions to the world’s poor who are struggling to survive due to limited access to food and water – two basic human needs.

One can look at the experience of Salman Khan, a former hedge fund analyst turned teacher who created the One Acre Fund in order to serve farming families in Eastern Africa, as an example of such social change can be made through foreign aid.

Over 203,000 farm families were helped just last year in sustainable cropping techniques and food supply. Not only does this program create jobs for farmers living in these regions, but the profits also allow for consumer activity within the American market.

In 2013, Kenya’s One Acre Fund resulted in a 70 percent increase in farm income; Burundi’s fund wasn’t far behind with a 65 percent income growth.

These farmers represent the base of the framework of One Acre’s model to success. Once farmers are able to support themselves financially, they have the opportunity to invest more valuable assets via the American market.