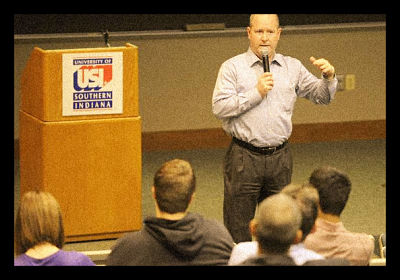 Congressman Larry Bucshon’s ‘Invest in America First Act’ is intended to constrain foreign aid to countries with a GDP of over 1.5 trillion dollars. The Indiana congressman wants to focus on rebuilding and strengthening the U.S. economy by cutting foreign aid. Bucshon’s argument is that the U.S. has piled up an incredible amount of debt and now has to borrow 42 cents for every dollar it spends. In addition to debt, the congressman asserts that the U.S. now “struggles to find the financial resources to live up to the commitments made to our own citizens.”

The congressman argues that it’s simply irrational to give foreign aid to places with a high GDP with budget surpluses, places which also hold many of the U.S. Treasury securities such as China, Russia, Brazil, and Mexico. The main issue that Bucshon is pinpointing is that the U.S. is offering foreign aid to these places only to borrow money back with interest which presumably is not a positive cycle and doesn’t lead to positive outcomes for the U.S. economy.

Plenty of facts and statistics can be found on the Borgen Project’s website under ‘3 Ways Downsizing Global Poverty Helps the U.S.’By reducing poverty, the threats on national security drop, and the export market economy is boosted due to jobs created right here at home.

Is an African Pope a Real Possibility?Why Resilience in the Sahel is Crucial
Scroll to top