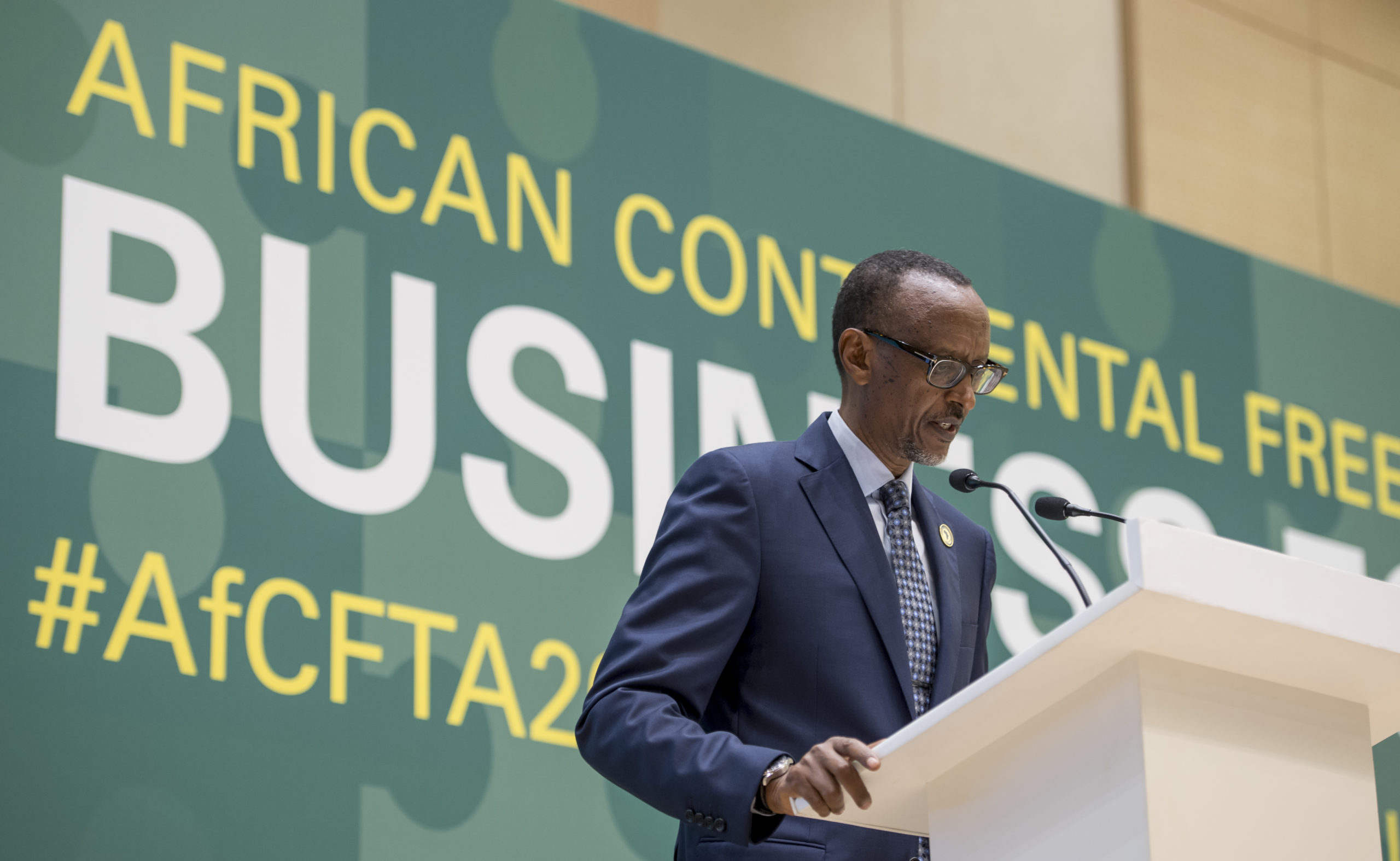 Uniting 54 countries in the African Union, The African Continental Free Trade Agreement (AfCFTA) will create the largest free trade area in the world since the World Trade Organization formed in 1994. The implementation of the treaty was originally supposed to occur on July 1, 2020, but was postponed due to COVID-19 restrictions. Over 1.3 billion people with a cumulative GDP of $3.4 trillion will come together to further economic expansion. This effort will push Africa into a competitive spot in the global economy. The treaty outlines a reduction of tariff restrictions and of non-tariff barriers (NTBs) as well as a trade facilitation agreement (TFA). The AfCFTA will make vast improvements in catching intra-African trade up with the numbers of the rest of the world.

Currently, continental exports across Africa clock in at about 19% of total exports, comparatively lower to intra-Asian and intra-Europe exports which make up around 60% of their total exports. AfCFTA looks to encourage a higher level of intra-African trade by cutting all tariffs between countries in the zone by 2035, expected to increase intracontinental exports by more than 81%, as stated by the World Trade Organization in its 2020 report.  According to CNBC, this could mean a $2.8 billion per year rise in net income in the area.

Overall, the UN Economic Commission for Africa expects African trade to increase from 15% to 25% by 2040, translating to a GDP growth of over $2 trillion. Expectations also determine that intra-African trade will encourage globalization and technology advances. Africa’s adoption of e-commerce and other electronic advantages into its economy will further those goals.

AfCFTA projects that an additional 30 million people will emerge out of extreme poverty, reducing the headcount ratio without the deal from 10.9% to 9.3% with it. The World Trade Organization also expects that 67.9 million will rise out of moderate poverty by 2035. The largest change in income will be for unskilled workers and women. Still, most social groups will see a 10% increase in income.

Growth in the agricultural sector will work alongside manufacturing to pull people out of poverty. The AfCFTA will cause the industry to see a loss of $8 billion. However, agricultural employment will see a rise in 60% of the countries involved in the deal. Expectations determine that agricultural exports (only second to manufacturing) will grow 49% in intracontinental trade and 10% in worldwide trade.

Overall income will also grow as a result of the AfCFTA. A higher quality of life will close the gender gap and the gap between skilled and unskilled workers. The full implementation of AfCFTA could cause a 7% growth in real income ($450 billion) by 2035. Still, it is important to note that this growth will not occur equally over all the countries involved.

Due to COVID-19, the implementation of the AfCFTA terms is on hold indefinitely. Officials expect to start again Jan 1, 2021 but are unable to continue negotiations at this time. Poor internet connections and language barriers amongst different officials also pose challenges. Nevertheless, the AfCFTA will act as a stimulus plan for countries in the region that lack economic or fiscal means to distribute a large relief package.

While economic growth has been steadily increasing at about 2.4% in 2019, the World Bank expects it to drop from anywhere between -2.1% to -5.1% in 2020. This means a loss of between $37 billion to $79 billion during 2020. The economic drops could cause less food security as food prices rise in many areas.

The losses come from a combination of sources. Shutdowns reduced exports and imports, and many African countries are reluctant to open borders. The shutdowns caused welfare losses of up to 14%. In addition, reduced tourism and commodity prices have taken their toll.

The AfCFTA will look to open up borders between African countries in order to encourage free trade once again. As a larger market, African countries can obtain necessary medical instruments and food resources at a cheaper price. The agreement will double or triple exports in Cameroon, the Arab Republic of Egypt, Ghana, Morocco and Tunisia. The countries will see the largest benefits, although almost all of the other countries will see growth.

The introduction of AfCFTA will shift the global marketplace significantly. China has been the center of manufacturing in recent years, but there may be a shift to Africa, as China’s investment in the signing of the AfCFTA has shown. Major powers, such as the U.S., European Union and India, have shown an increased interest in African foreign development as they see the rise in this cohesive market. Although COVID has taken its hit on the world, the AfCFTA might encourage a quick bounce back, lifting millions out of poverty and increasing jobs for many.

5 Things to Know About COVID-19 in TaiwanMaternal Healthcare in Algeria: 4 Facts Everyone Should Know
Scroll to top