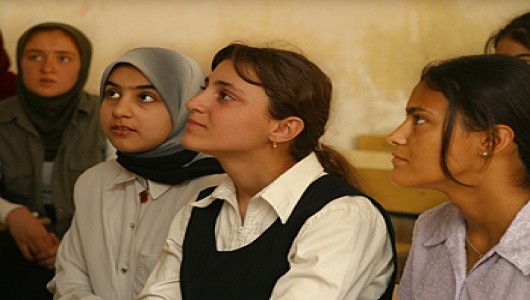 Higher education in Iraq has suffered greatly over the past two decades.

Iraq once had a secular, inclusive education system that was both open to women and globally connected. But the university system has effectively collapsed since the international sanctions regime of the 1990s and the US invasion of 2003. The war has left universities stripped of important resources, and the De-Baathification process removed many influential leaders from academia. Countless cultural artifacts and documents have been stolen from universities and often destroyed, and professors have been killed or abducted. Female students have been targeted by extremist groups, keeping them from accessing education. It is estimated that Iraq would need between 1.2 to two billion dollars to restore their higher education system.

To help Iraqi students continue their education in the face of conflict and remain competitive with the rest of the world, Prime Minister Noori Al Malki launched the Initiative in Iraq. The goal of this program was to send 10,000 Iraqi students to foreign universities over five years. To accomplish this, former secretary general of Iraq’s council of ministers Zuhair Humadi formed the Higher Committee for Education Development in Iraq. Since 2009, the program has sent 4,000 students abroad to study for their master’s and doctorates in the US, UK, and Australia. Funding has been secured for thousands more.

So far, the students admitted to the program have excelled. Forty-two were recognized for publishing work in UK science journals, and many have been offered tenure after completing their degrees. Furthermore, Iraq has not experienced a “brain drain” because of the HCED: only 10 of the 300 graduates did not return to Iraq upon graduation.

Some are concerned that the funding for HCED should be redistributed to other areas in which Iraq is struggling, such as the healthcare system. But, education is the key to progress and hope for future generations, and Humadi believes the program’s funding is entirely justified. Other flaws in the program include the fact that women only account for 25 percent of scholars, and students from rural areas are largely underrepresented. HCED can work on expanding their outreach so that young adults from marginalized groups have access to the same opportunities.

Currently, about $200 million in scholarships is available for Iraqi students studying abroad through various programs, from the Fulbright Scholar Program to Holland’s Middle East and North Africa Scholarship Program. With a strong effort towards reviving Iraq’s university system, Iraqi students can continue to better themselves and their country by accessing higher education.