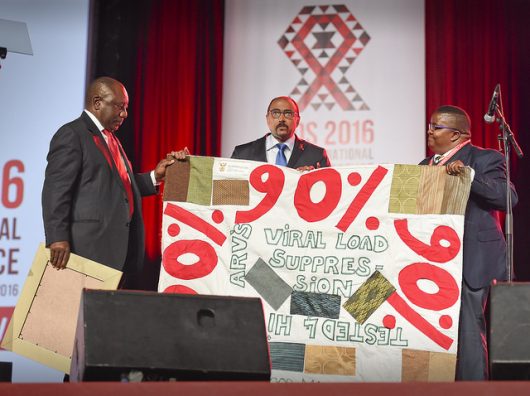 The International AIDS Society (IAS) hosted the 21st International AIDS Conference in Durban, South Africa from July 18 to July 22. The conference discussed the various improvements in HIV/AIDS science as well as challenges the medical community needs to address.

The theme of this year’s conference was “Access Equity Rights Now.” The event was designed to tackle inequalities in access to medical treatment, including barriers such as poverty, gender, race and location.

South Africa has the highest HIV/AIDS prevalence in the world. According to UNAIDS, anywhere between 6.7 and 7.4 million people live with HIV in the country. Yet, more than 60 percent of those infected are not on antiretroviral treatment.

The previous International AIDS Conference held in Melbourne, Australia called for the Victorian State government to repeal a law discriminatory to the HIV-positive population. Additionally, the 2012 conference in Washington, D.C. led to the government removing the country’s travel ban on individuals with HIV.

The equity rights movement within the 2016 conference is a push toward equality for marginalized communities affected by the virus.

According to the World Health Organization (WHO), two-thirds of new HIV infections occur in Sub-Saharan Africa. Men who have sex with men, drug users and sex workers are among the various groups that are at a higher risk of infection. Even women face higher chances of transmission and greater barriers to treatment.

The International AIDS Conference brings together health professionals to improve the state of HIV/AIDS detection and treatment around the world. While there is still a long way to go in the struggle against this virus, statistics over recent years show promise.

The WHO reports a 35% decrease in new HIV cases in addition to a 28% decrease in deaths due to AIDS since 2000. With the majority of HIV cases in low and middle-income countries, the support of the international community is crucial to saving lives.