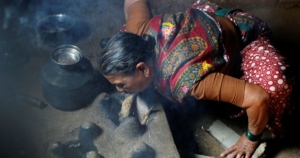 Today, 40 percent of the world lacks access to clean fuels and technologies for cooking. As a result, traditional wood, charcoal and kerosene fuels cause indoor air pollution claiming around 1.5 million lives per year. Fortunately, a number of organizations are taking up the mantle to introduce clean fuel solutions for the world’s poor. Keep reading to learn more about these top innovative clean fuel solutions.

The Link Between Oil and PovertyEbola Is Back
Scroll to top