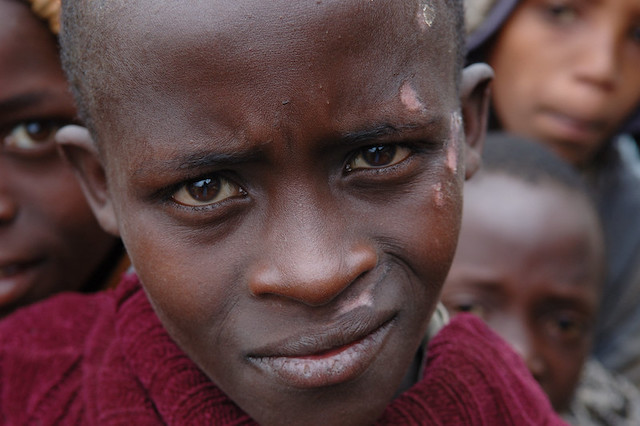 A mother and her daughter traveled more than 1,000 miles from the Democratic Republic of the Congo (DRC) to Uganda seeking medical help to save her child’s life. The nine-year-old girl from the DRC was exposed and later developed symptoms of Ebola on August 29, 2019. She was identified at the Mpondwe-Kasindi border point and then sent to an Ebola Treatment Centre (ETC) in Bwera, Uganda. Sadly, not too long after her arrival, the child passed away. Ebola is back in Africa. The situation is grim, but there are organizations trying to contain the virus.

Ebola in the DRC

There have been a total of 25 outbreaks in Africa since the first flare-up in the Ebola River in 1967. It has plagued countries spanning from the West to sub-Saharan Africa with a 25 to 90 percent fatality rate. This sporadic epidemic has come back yet again and bigger than before. This disease has surfaced in the North Kivu Province. It is considered to be the second-largest outbreak in history after the 2014-2016 outbreak that killed about 11,000 people.

The majority of EVD cases are coming from one of the 29 health zones located in Beni, Kalunguta, Manima and Mambasa. Out of the 3,054 EVD cases that were reported in September 2019, 2,945 of them were confirmed reports. Overall, 2,052 of those people died. Children have made up about 28 percent of probable and confirmed cases. Health care workers comprised around 5 percent.

Expanding Outside of the DRC

This 2019 case is different because the country is undergoing conflict and there are a lot of refugees fleeing to different parts of the region. The DRC’s political instability, random acts of violence and infrastructure limitations have also contributed to the restricted efforts to end the outbreak. As of June 2019, the disease started to expand into Uganda, with four cases confirmed near the eastern border shared with DRC, South Kivu Province and Rwanda borders.

Ugandan authorities have taken matters into their own hands. They strengthened border controls and “banned public gatherings” in areas that have been affected by EVD. According to the August 5, 2019 risk assessment, the national and regional levels are at higher risk of contracting EVD while the global level risk is low.

The World Health Organization (WHO) Country Representative of Uganda, Yonas Tegegn, stated that whoever came into contact with the nine-year-old patient had to be vaccinated. Out of the five Congolese who made contact with the little girl, four of them have been sent back to their country for “proper follow-ups” and another 8,000 were vaccinated against Ebola due to the prevalence in the risk of certain areas in the country. Overall, 200,000 people in DRC and medical workers in neighboring countries have been vaccinated against EVD.

With this being said, there is no official vaccination that is known to completely protect people from this disease. However, an “effective experimental vaccine” has been found suitable enough for use. Another option to combat this virus is a therapeutic treatment that has shown immense results in the early stages of the virus.

WHO and the Global Outbreak Alert and Response Network

WHO is doing everything it can to prevent the international spread of this disease. It had already implemented the International Health Regulations (IHR 2005) to “prevent, protect against, control and provide international responses” to the spread of EVD. This operation included many different concepts such as disease surveillance. Its designated procedures include notifying and reporting public health events and risks to other WHO countries, increasing risk assessments, considering whether or not an event is a public health emergency and strategizing international responses.

WHO partnered up with the Global Outbreak Alert and Response Network (GOARN) to ensure that proper technologies and skills are present in order to help everyone that is in need. GOARN is a group of institutions and networks that “use human and technical resources” to regularly warn one another to rapidly identify, confirm and respond to international outbreaks. WHO and GOARN have been working in at least 40 different countries with 400 specialists. Together, they have provided aid to more than 50 events around the world.