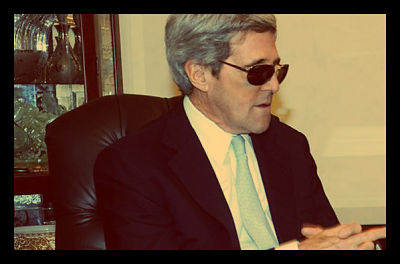 This past Monday, Secretary of State John Kerry announced a new U.S. initiative aimed at preventing and responding to gender-based violence in humanitarian emergencies worldwide. Known as “Safe from Start,” the $10 million will be funded to allow the U.N. High Commissioner for Refugees, the International Committee of the Red Cross, and other humanitarian organizations to hire specialized staff, start new programs, and “develop innovative methods” to protect women and girls at the onset of emergencies around the world.

“In the face of conflict and disaster, we should strive to protect women and girls from sexual assault and other violence,” Kerry emphasized in a press release. The statement also mentions that the U.S. will coordinate with other donors and stakeholders to develop a framework for action and accountability to ensure that efforts to address gender-based violence are routinely prioritized as a life-saving interference, along with other vital humanitarian help.

The initiative builds on the framework established by the U.S. National Action Plan on Women, Peace and Security, and the U.S. Strategy to Prevent and Respond to Gender-based Violence Globally. The Bureau of Population, Refugees, and Migration (PRM) and the U.S. Agency for International Development (USAID) will be responsible for the initiative.

Most conflict-ridden countries such as Syria, Egypt, or the Democratic Republic of Congo are reporting high rates of rape. Seen as a tool to terrorize villages and break the will of the opposition, rape has been routinely incorporated as a weapon of war during conflicts. According to Save the Children, up to 80 percent of war rape victims are under 18, while an Oxfam report states that rape is the “most extensive form of violence” women and girls are currently facing in Syria.

Although the press release mentions women and girls as the primary victims of gender-based violence, the U.S. Strategy to Prevent and Respond to Gender-based Violence Globally states that this type of aggression can also be directed towards men and boys, as well as sexual and gender minorities.

According to this document, gender-based violence is “violence directed at an individual based on his or her biological sex, gender identity, or perceived adherence to socially defined norms of masculinity and femininity.” It includes physical, sexual, and psychological abuse, as well as threats, coercion, arbitrary loss of liberty, and economic hardship.