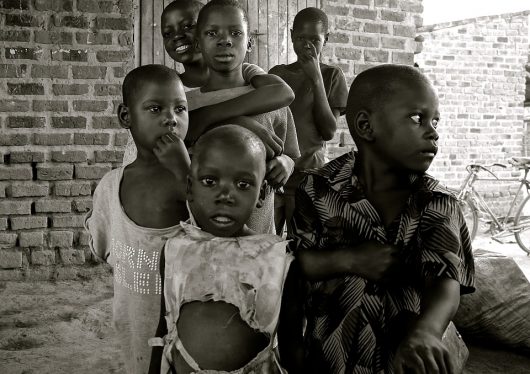 Thanks to the global push kick-started by the U.N.’s Sustainable Development Goals to eradicate poverty by 2030, 1 billion fewer people live in extreme poverty than 20 years ago. However, the high probability of inheriting poverty is a major obstacle in the effort to cultivate a poverty-free generation.

Inheriting poverty is particularly common in the developing world where high fertility rates and infant mortality rates lead to lower investment in children’s health and education, according to a report by Save the Children U.K.

Additionally, the immediate economic pressures on low-income households often lead to reliance on children to leave school and enter the labor force at an early age. As a result, attaining higher education is devalued which further contributes to the cycle of poverty and low academic achievement.

Currently, half of all countries have no data on child poverty but looking at primary school enrollment may be the key to identifying those most at-risk of inheriting poverty.

In one survey of primary school enrollment in Bangladesh, researchers found that nearly one-fifth of all children had not enrolled in school at all — the majority of which consisted of children from poor households.

Boys from low-income households were the most at-risk of leaving school early or not entering at all due to the perception of school as an indulgence that is only afforded by the very young and “those whose labor is of little alternative value,” according to Save the Children U.K.

Beyond Bangladesh, analyzing enrollment rates is a useful indicator of child poverty that can be applied globally to allocate education resources in regions that need them most.

Increasing parental income may be one solution to lowering the transmission of low educational attainment. Research by Barnardos reveals that for every 1 percent increase in a parent’s income, their child’s math and reading scores increase by 4 percent.

Ensuring equitable and free access to education is the next step to breaking the cycle of inherited poverty. The economic benefits of guaranteeing children from low-income households access to education far outweigh the cost of having an educated population.

As UNICEF aptly stated in a 2012 report, “a commitment to protecting children from poverty is, therefore, more than a slogan or a routine inclusion in a political manifesto; it is the hallmark of a civilized society.”

Spanish Sketches: An Overview of Poverty in Spain Hunger in Honduras: World Bank and WFP Solutions
Scroll to top