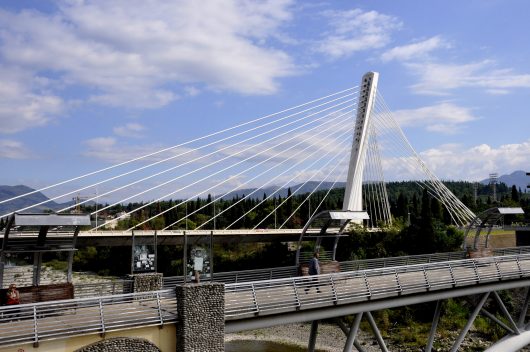 The Balkan nation of Montenegro has undergone rapid economic development in recent years. While Montenegro has been largely successful in the 10 years since it declared independence from Serbia, infrastructure in Montenegro continues to face problems of inefficiency. Nowhere are these problems more apparent than in the highway system and the building stock. That being said, steps are being taken to address these problems and ensure that these issues do not hinder Montenegrin progress as time goes on.

The first major issue is the fact that Montenegro’s roads and highways are not all up to the task of connecting all the areas of the rapidly developing country. Existing roads are in disrepair and often take long or inefficient routes to connect two points. Additionally, there remain certain areas of the country that are not yet serviced by major road networks.  This wastes fuel and makes travel to other parts of the country virtually impossible for some Montenegrins.

The European Bank for Reconstruction and Development aims to fix these issues by providing a total of €25 million to, directly and indirectly, support an overhaul of the country’s roads and highways. These improvements will make travel safer, easier and more accessible to more of the Montenegrin population.

The second challenge that Montenegro will face going forward is its aging building stock. Montenegrin cities are often full of Soviet-era “panelak” or panel-style buildings. These were almost all built prior to 1990 and were only built to last for about 30 years, and many of the buildings were already in varying states of disrepair by the time the regime collapsed.

These buildings are also incredibly inefficient to heat. While replacing them all at once is virtually impossible, alternative ways to retrofit them, prolong their lifespans and make them more energy-efficient are taking hold. Along with traditional improvements, adding green roofs to these buildings is becoming popular.

In addition to being nice amenities, studies have shown that green roofs are able to significantly reduce the amount of heat that radiates from a building via the roof. This helps to keep most of the heat in the residences, where it should be, and reduce overall energy usage. This promises to go a long way towards promoting green infrastructure in Montenegro as well.

Some infrastructure in Montenegro has a long way to go before it catches up with the rest of the country. That being said, improvements are underway. While still less than ideal, Montenegrin infrastructure can be expected to undergo major improvements as the economy continues to develop, making it more environmentally friendly while still improving everyday life and bringing greater convenience to many Montenegrins.