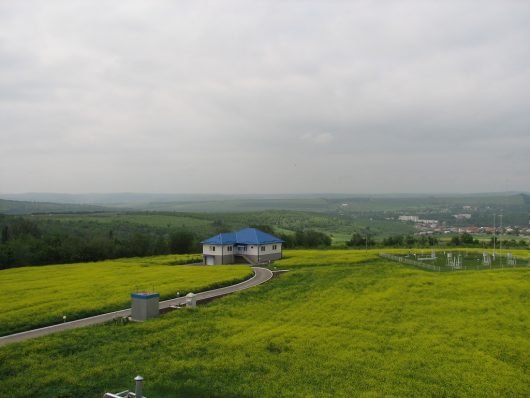 Development of infrastructure in Moldova has progressed significantly since 1999 — a year in which the International Telecommunication Union reported that even the most basic telecommunications services were unavailable and the population was largely disconnected. Since this tumultuous time, Moldova’s national telecom, Moldtelecom, has upgraded to fiber-optic technology and a digital switch system through a $10 million investment from Denmark’s Great Northern Telegraph (GNT).

Moldova’s telecommunications network has surpassed many western countries including Germany, Great Britain and even the United States (as far as in their internet connection). The company also installed land-lines and a consistent mobile service across the entire country; these measures are a stark contrast to 1997, when Moldtelecom had 15 lines per 100 people and practically no cell service with a rate of just 0.3 percent.

Improving infrastructure in Moldova requires greater focus on its road network, electricity and the procurement of investments for further development. Moldova’s railroads haven’t been upgraded since the Soviets built them; in fact, they haven’t been electrified, and thermal deformation during the summertime acts limited speed and load weight on the railroads.

However, the road network in Moldova is of far greater concern. In 2006, only 7 percent of Moldova’s road network was proclaimed safe and of satisfactory quality. As the 21st century has progressed, Moldova’s winters have become warmer and wetter, leading to muddy and impassable roads. If these worsening weather conditions continue, Moldova’s rural communities will be cut off from the inner city areas of the country during the winter and rainy seasons.

Moldova’s electrical supply is a key factor in improving the deficits in infrastructure in Moldova. Unfortunately, 61 percent of energy imports is gas and relies on Russia for much of this supply. Due to missed payments and bills stacking up, Moldova’s gas supply and their electricity are often cut off.

The main source of these failing aspects of infrastructure in Moldova comes to a simple lack of investments. The country doesn’t have the money or resources to spend on improving its infrastructure. As of November 2017, the European Bank for Reconstruction and Development (EBRD) has agreed to work with authorities on creating sustainable practices in infrastructure development in Moldova. They plan to support modernization of its roads and railways and encourage transparency in policy.

According to Dimitri Gvindadze, Head of the EBRD’s office in Chisinau, “The new strategy gives a fresh impetus to our engagement in Moldova. Combining financial investment with policy engagement, the EBRD is perfectly placed to make a real impact in Moldova. Our focus is on the establishment of a sound, transparent and modern financial sector that works for the people and the companies of Moldova.”

This response is promising for the future state of infrastructure in Moldova, and only time will tell if the improvement that has taken place in the country thus far will continue.