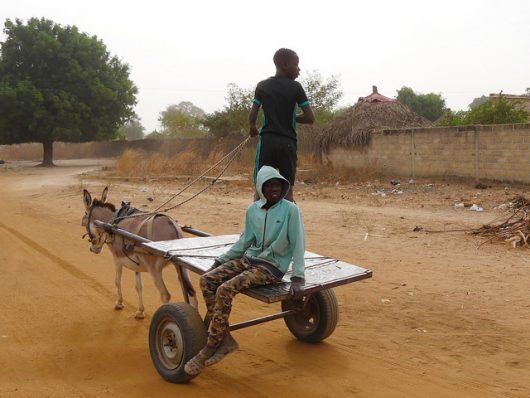 Infrastructure has become an issue of increasing salience for the country of Gabon. Diminishing growth rates and persistent poverty have become common; oil shocks have put the economy into tumultuous waters. To address this, the West African nation, with a population roughly the size of Nebraska, has recently prioritized addressing inadequate infrastructure in Gabon. It is doing so in partnership with Bechtel, a company known for its landmark development projects across the globe.

The Role of Infrastructure in Gabon

Economists agree that infrastructure is a crucial component of economic growth, especially in developing countries. Along with increased productivity, improved infrastructure also disproportionately helps the poor. This is achieved through improved access to markets and facilitating human capital accumulation and economies of scale.

For infrastructure in Gabon, where less than half of airports have paved runways and only 11 percent of roads are paved, there is plenty of room for investment to catalyze improved economic output.

The State of Gabon’s Economy

Despite boasting per capita GDP rates larger than most of its underdeveloped neighbors, Gabon has found itself confronted with significant development challenges. Its economy is overly reliant on a triad of natural resources; oil, manganese, and timber exports comprise the majority of the nation’s income. Petroleum revenues alone are responsible for 45 percent of the nation’s GDP. Such a dependence on exports, particularly natural resources, typically stifles a nation’s primary sector.

Development difficulty has also been exacerbated by an often unstable business environment fostered by the government. Gabon performs poorly – 167th out of 190 – on the World Bank’s Doing Business report, which measures a nation’s ease of doing business.

Previously, corruption had effectively thrown sand in the gears of the economy. It dissuaded foreign investors and compelled them to funnel capital elsewhere. Many potential investors find the nation’s regulatory apparatus too onerous. Furthermore, oil money often does not trickle down to benefit the citizens.

Unfazed by many of the obstacles to infrastructure in Gabon, Bechtel began an ambitious “master plan” for the nation’s infrastructure in 2010. The San Francisco-based construction and civil engineering firm agreed to a $25b public-private partnership. Its aim is to “balanc[e] economic progress with social and environmental policies… includ[ing] new schools and fiber-optic communications” as well as to increase industrial capacity within the nation.

Bechtel’s ambition to help modernize infrastructure in Gabon has shown tangible benefits for the nation and its people. Thus far, the partnership has successfully built five thousand public housing units, the nation’s first community wastewater treatment plant, and designed a new port, marina and conference center in the capital city of Libreville.

Gabon has made significant strides in other areas, too. When Bechtel began their work, less than 6 percent of Gabonese had internet access; by July 2016, the rate was 48.1 percent.

Although public debt and pervasive poverty remain problems, investment in infrastructure has offered a blueprint for building a better environment for Gabon and improved economic prospects for its people.