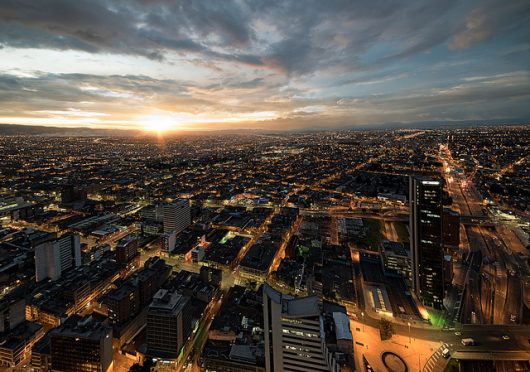 The ANI was designed to catapult projects that are key to Colombia’s economic growth. Out of the 33 planned roads, the ANI awarded 32 concessions as of 2017. Given that most problems with the country’s infrastructure relate to the transport sector, this progress is notable.

To remedy some of the issues faced in Colombia’s transport sector, Law 385 was introduced by the Financial Sector Reform in 2009. The law allowed for up to $14 billion to be invested in the transport sector. However, less than $1 billion was actually invested. This number is much lower than the $9 billion allocated to other sectors, such as electricity and telecommunications.

Additional Improvements to Infrastructure in Colombia

The Fourth Generation (4G) investment program provides large investments for infrastructure projects. In particular, the investments provided by 4G are enough to nearly double the length of the roads throughout Colombia. This program is among the most ambitious investment programs in the country’s history. 4G includes a total of 47 projects, including the construction of 8000 kilometers of roadway in Colombia.

Further to the government’s focus on improving roadways is the project to better maritime transport. Colombia aims to improve this sector, with a goal to double its exports. In the future, Colombia aims to promote itself as a tourist destination for those who travel on cruise ships.

Despite the areas of infrastructure in Colombia that still require improvements, considerable progress has been made. In the first three years of Santos’ presidency, Colombia invested $11.7 million in infrastructure development. Its work does not stop there: in the next few years, Colombia’s government expects to spend over $1 billion on airport modernization projects alone.

Chef from Ghana Creates Food for All Africa Demonetization in India: One Year Later, Economy is Slowly Improving
Scroll to top