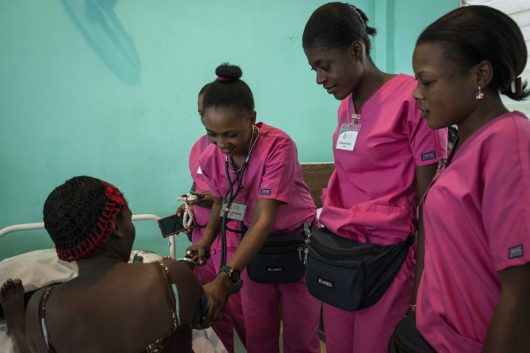 The infant mortality rate in Haiti is the highest in the Western Hemisphere. While the rate has been decreasing since 2000, recent environmental disasters beginning with the 2010 earthquake have created many setbacks. Here are five facts about Haitian infant mortality:

1-      In 2016 the infant mortality rate in Haiti – deaths of children aged one year or younger – was 52.2 per 1,000 live births, whereas the U.S. rate was 5.6 per 1,000. The main reasons for the high ratio in Haiti come down to crushing poverty, poor health infrastructure and the lack of accessible healthcare.

2-      75 percent of mothers in Haiti give birth at home, without a skilled birth attendant or access to emergency childbirth services. The main reason for this is that much of Haiti is rural and underdeveloped. With 55 percent of Haitians living in rural areas, most mothers do not have access to proper medical facilities, emergency transportation, or skilled midwives. This leaves the majority of mothers in Haiti without the proper support through labor.

3-      The maternal mortality rate of the country was 359 to 100,000 live births in 2015. Most of the maternal deaths in Haiti are preventable as they are mostly caused by eclampsia, sepsis and postpartum hemorrhages. Reducing this ratio is important, as children who have lost their mothers are 10 times more likely to die prematurely than those who are with their mothers.

4-      Only 37 percent of births are delivered with a skilled attendant present. Haiti has one midwife for every 50,000 people according to the United Nations Population Fund. The 2010 Haiti earthquake harshened these conditions as the natural disaster destroyed the main school in Haiti for midwives, took the lives of many healthcare professionals and led to the emigration of other workers.

5-      With this said, there are nonprofit organizations that are working together to reduce the infant mortality rate in Haiti. Every Mother Counts is an organization based in New York that dedicates its resources to making pregnancy and childbirth safe for mothers around the world. This organization supports Midwives for Haiti in order to train newly skilled birth attendants with the goal to improve the quality of care and access to skilled delivery care in Haiti. Since 2012, Every Mother Counts has funded the training of 69 midwives in Haiti, who continue to deliver around 200 babies every year.

Midwives for Haiti is a grassroots nonprofit organization working in Haiti to reduce both maternal and infant mortality rates. The organization runs educational programs to train Haitian nurses in the skills necessary for deliveries, and then empowers these individuals to reach rural mothers that need care. The resources they have collected provide mobile prenatal clinics, reaching women across 23 rural villages. These efforts are crucial in reducing the infant mortality rate, as the World Health Organization has identified the investment in health workers as being the critical building block for healthier deliveries around the world.

With the support of these organizations, every year the infant mortality rate is estimated to be falling by about 3 percent and since 1990, the maternal mortality rate in Haiti has declined by 43 percent.

While there have been great health improvements in Haiti for pregnancy and childbirth, there is more that can be done. The U.S. can improve the odds further by passing the Reach Every Child and Mother Act. The bill would create reforms to increase the impact and effectiveness of The United States Agency for International Development (USAID) for maternal and child survival programs. Additionally, the bill would provide USAID the right to implement new and innovative financial tools that are already helping countries in need. By supporting and passing this piece of legislation, USAID will be given another tool to save the lives of mothers and infants in Haiti and around the rest of the world.