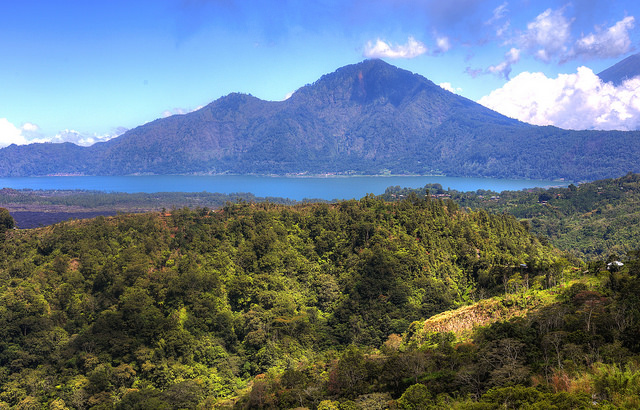 Sea salt farming almost always occurs in warm climates with little precipitation, such as in Indonesia. Sea salt is harvested from shallow ponds called salterns through natural solar evaporation. As water evaporates from the shallow ponds, the salt in the water becomes more concentrated. When the water reaches about 25 percent salinity, the salt starts to crystallize and it can be harvested.

Sea salt farming has a long history in Indonesia but other agricultural economies such as cashews, cacao and coconut palms took precedence and stalled the sea salt economy. Indonesian sea salt saw a revival in 2005 as demand for gourmet salt rose.

With the rise in demand for sea salt but little improvement in the technology available for Indonesian sea salt farmers, the Millennium Challenge Corporation (MCC) made an Indonesia Compact. The MCC is an independent U.S. foreign aid agency that partners with countries worldwide to promote economic growth and lift people out of poverty. With strong bipartisan support, the U.S. Congress created the MCC in 2004 and the MCC signed the five-year Indonesia Compact in 2011.

The MCC’s Indonesia Compact went into force in 2013 and ended in April 2018. The Compact’s three initiatives were:

Aid for Indonesian sea salt farmers fell under the Green Prosperity Project which sought to increase agricultural productivity and to improve land use practices and management of natural resources.

The MCC worked closely with the Indonesia-based NGO Panca Karsa to communicate with sea salt farmers on the ground. By introducing piping to get seawater to salterns, improving filtering techniques and even just providing farmers with wheelbarrows, the MCC and Panca Karsa have helped sea salt farmers increase the quantity and quality of their salt production, boosting the farmers’ incomes and making their businesses more sustainable.

Panca Karsa reports that salt yields have tripled in the last couple of years and prices have doubled due to improved quality. In the past, most of the farmers were only able to sell their salt in bulk at local markets or trade their salt for rice. The MCC and Panca Karsa also helped farmers improve packaging, labeling and marketing and now farmers’ salt is competitive in artisanal and niche markets globally.

Most of the labor-intensive work of sea salt farming in Indonesia is done by poor women. These women do not generally own the land they work on and many only take home about $2 per day. Before the MCC and Panca Karsa intervened, these women only retained about 50 percent of their hard-earned production. Now, these farmers report that they retain about 60 percent.

Besides training programs for salt-making, financial management, business planning, quality control and marketing, the MCC and Panca Karsa also offered monthly community meetings to raise awareness for maternal and child health and nutrition. The organizations helped get families access to health and other services and worked to improve gender relations by engaging households in task-sharing between men and women.

In just a few years, the MCC and Panca Karsa have helped train over 400 female sea salt farmers and entrepreneurs in Indonesia, making it possible for these women to expand their businesses and support their families.

How Tourism Alleviates Poverty in Tourist Towns and Beyond How the Digital Gap Act Benefits the U.S.
Scroll to top