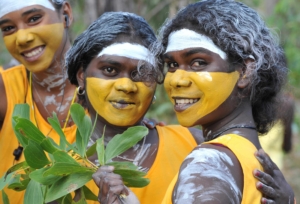 In 2009, the H1N1 virus, known as the swine flu, hit Indigenous communities hard. Indigenous Australians, who include both Aboriginal Australians and Torres Strait Islanders, constitute 2.5% of Australia’s population. However, they made up 11% of swine flu cases. Additionally, they suffered from a death rate six times higher than the national average. The health gap between white and Indigenous people in Australia has long been a problem. The government launched the “Close the Gap campaign” in 2007.  This campaign aims to bring the average lifespan of Indigenous peoples up to par with that of white Australians (71.6 and 75.6 years for Indigenous men and women compared to 80.2 and 83.4 years). The H1N1 virus clearly illustrated how large the healthcare gap really is. As of 2020, the campaign is not on the schedule to bridge this gap by its target date of 2031.

What has been lacking in the unsuccessful efforts to strengthen healthcare for indigenous Australians is sufficient input from Indigenous leaders. As the lead economist at the Australia Institute Richard Denniss put it, “It is far more effective from an economic point of view to give Indigenous Australians the power to take control of the policies that affect them.” In addition to training sufficient medical personnel in rural areas, programming was key to informing communities about the dangers of COVID-19 and the necessary precautions to stop it. Indigenous Australians’ COVID-19 response stood to be most effective when led by Indigenous Australians. The Aboriginal Health Council of Western Australia shared videos on social media about the importance of health check-ups and social distancing. The videos use Indigenous people and Aboriginal Australian English. The Derbarl Yerrigan Health Service regularly broadcasts COVID-19 information using Aboriginal radio stations that reach remote and rural communities.

While programming may seem trivial compared to actual testing and medical infrastructure, Indigenous Australians currently have COVID-19 at a rate six times lower than non-indigenous Australians. The Aboriginal and Torres Strait Islander Advisory Group reported 146 cases in the indigenous community. Of these, only about 25% were in rural communities. Some remote aboriginal communities, such as Yakunytjatjara Lands in Queensland, closed their borders at the beginning of the pandemic. Due to these measures, Indigenous Australians’ COVID-19 response has largely been successful at keeping the virus at bay from remote communities where medical infrastructure is especially scarce.