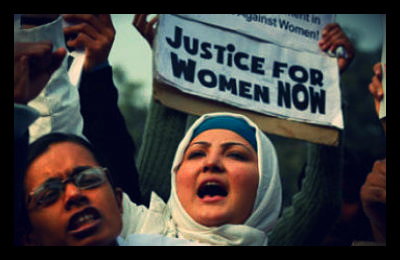 News related to India in recent years has focused on a distressing part of life in the nation. That is to say, a purported prevalence of rape has come to the forefront of the nation’s international presence. Recently, for instance, a Danish tourist vacationing in New Dehli was allegedly raped by two men. The attention has brought to light what many people allege is a burgeoning ‘rape culture,’ and a society that views women’s rights as less than important.

The attention has pushed Indian politicians to address the issue more fervently, as the nation has a poor record on pro-women rights. Gender inequality is, however, firmly embedded in the foundation of the nation’s culture, which can be seen by powerful figures such as the head of India’s National Intelligence Agency stating, “If you can’t prevent rape, you enjoy it.” Such a statement clearly demonstrates that an outdated mentality towards women’s rights persists in the nation, a mentality where blaming victims for rapes seems to be the main attitude toward this epidemic. For instance, Madyha Pradur, India’s Home Minister, blamed the Swiss rape victim for her attack, stating that if she had notified local authorities about where she planned to travel, the attack most likely would not have happened.

Gang-rape has historic roots in India, having been used since the creation of Modern India. It was especially used as a “weapon of oppression” against women throughout the nation. Rampant unemployment has led to men developing “personal alienation,” coupled with deeply “ingrained misogyny.” It’s argued that gang-rape has been a budding phenomenon, only growing due to a legal and court system which has been mostly indifferent to the concerns of women, or wholly incompetent in dealing with an upsurge of rape cases.

Conditions have been improving in recent years, however. In comparison to more developed nations like the United Kingdom, Indian rape convictions were much higher. Only about 7% of rapes in the United Kingdom actually led to convictions, where-as India had a conviction rate of 24.2% in 2012, a stunning rate considering it’s developing nation status which gives it less resources to deal with the issue.

Rape cases are, furthermore, being more publicized in India, as shown through the increased reporting on rape throughout the nation. The major catalyst for India was the infamous Dehli gang rape of 2012, which brought into focus, the welfare of women in the nation and how authorities handle the delicate nature of rape and assault cases. The Dehli Gang rape occurred in December of 2011 and led to major protests that rocked the nation as well as the creation new legislation that refocused anti-rape laws.

As it stands, the amount of reported rapes increased, doubling from 143 reported between January and March of 2012 to 359 following the Dehli gang rape. As tragic as the rape was, it has turned rape into newspaper fodder, with major media outlets in India reporting “each and every rape case.”

The Indian nation is hopeful for change. With rapists being held more accountable for their actions, the nation may overcome this widespread epidemic.