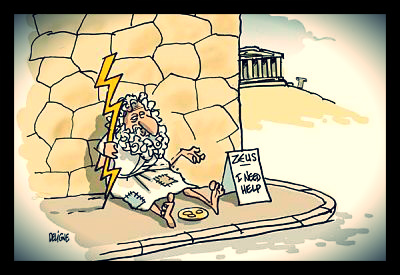 In 2013, Greece faced its sixth consecutive year of a devastating recession. In order to secure $325 billion in rescue funds from the European Union and the International Monetary Fund, the Greek government resorted to cutting jobs and wages, actions that consequentially incited mass protests and unrest.

As a result, according to statistics released by the Hellenic Statistical Authority (HSA,) nearly a quarter of Greece’s population is susceptible to poverty. In a nation composed of 11 million residents, 2.75 million of whom are at risk of poverty, Greece has the highest poverty risk in the E.U. Among those at risk, the most susceptible individuals are single parents and unemployed men. Approximately half of jobless men in Greece are at risk of poverty, while single-parent households are also in a vulnerable position.

Furthermore, according to the Public Policy Analysis Group at the Athens University of Economics and Business (AUEB) discovered that within the last year, approximately 14% of Greeks had earned an income that was less than the living standard. In contrast, in 2004, only two percent of the population had earned an income below the standard of living.

Since 2008, the crisis in Greece had steadily increased in volatility. According to ESYE statistics agency, an increase in material deprivation in at least four of the nine basic categories of goods and services for human survival occurred during the past five years. To clarify, basic needs include the ability to endure unforeseen financial expenses, eat meat every two days, and heat one’s home. However, due to the economic crisis, approximately 76.3% of poor Greeks were directly affected, while 30.8 percent of the non-poor population suffered as well.

Without adequate government intervention, a substantial portion of the Greek population will remain at risk of poverty throughout 2014. With poverty and struggle in sight, internal social conflict in Greece will continue to rise as well. However, with aid from the E.U. and gradual stabilization, the nation can begin to recover.