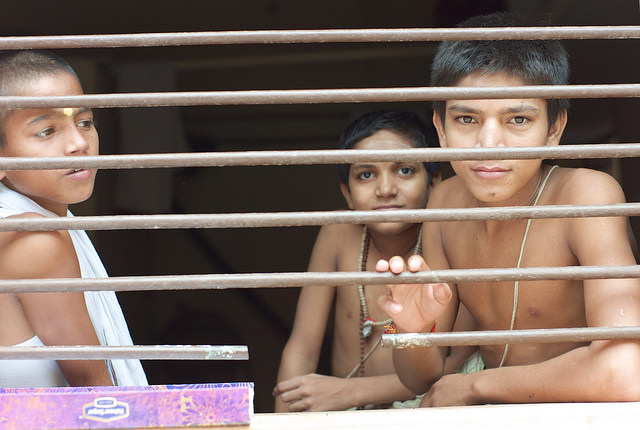 The India-Pakistan conflict dates back to 1947, when both countries gained independence from the British. Yet after more than 60 years of tumultuous coexistence, war and poverty are still imperiling the lives of many, especially in the India administered region of Kashmir and the bordering regions of Pakistan. With a slew of periodic terror activities by many separatist groups like Lashkar-e-Taiba and Jaish-e-Mohammad, the lives of many hang in the balance.

The killing of activist Burhan Wani in 2016 has been the main catalyst for the recent surge of violence in the Kashmir Valley. Srinagar, the capital, has been pervaded by unrest, protests and demonstration ever since. Millions of people in war-torn areas of the region live below the poverty line due to the recent surge in hostilities, especially in the Line of Control areas, India’s de facto border with Pakistan.

Since 1989, over 60,000 people have been killed due to violent armed rebellion in Kashmir. Nearly 10,000 people have disappeared and have not been accounted for. Over 45 percent of children under five are malnourished in Pakistan. Human rights violations and the oppression of minorities are rampant, and innocent civilians continue to get caught in the crossfire.

Learn about poverty in Pakistan

According to the Indian Ministry of Labor and Employment, Kashmir has 105 unemployed individuals per 1,000 people, the highest unemployment rate in recent years. The level of unemployment is impoverishing many individuals, creating more social divisions and aggravating tensions between families. With rising unemployment, small-scale industries like handicraft and embroidery are rapidly on the decline.

Education in the region has been gravely affected by the escalating India-Pakistan conflict. Many children in Kashmir have been denied primary education and social safety nets due to their circumstances. They often have to work in unorganized sectors for a living to support their families.

During her speech at the United Nations General Assembly, Indian Foreign Minister Sushma Swaraj stressed the importance of the empowerment of the poor in alleviating the effects of the India-Pakistan conflict. The socioeconomic status of people living in disputed areas has been steadily declining.

To combat these issues, the regional government is setting up juvenile homes to rehabilitate children impacted by the conflict and those affected by drug abuse, psychological trauma and other issues. Mental health issues such as PTSD, anxiety disorders and depression are quite prevalent in Kashmir, and these homes will help provide treatment.

Despite the India-Pakistan conflict, Kashmir has become the first state in the country to commit to a universal basic income to raise incomes and protect the poorest in the state. The cost of delivering welfare schemes is also decreasing.

India will only resume talks with Pakistan on easing the conflict if cross-border terrorism is halted. Not only will this help open dialogue between the two nations, but it will also help address humanitarian aid, resettlement and restoration. Like the Afghan conflict, the India-Pakistan conflict must be tackled through a regional approach and comprehensive bilateral discussions.