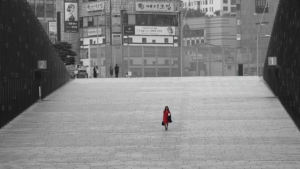 One can see an aspect of income inequality in South Korea in its education system. According to the OECD, nearly 70 percent of South Koreans, aged 25 to 34, completed some form of tertiary education. Comparatively, the United States’ tertiary education attainment rate of 49.4 percent makes it clear that South Korean culture puts a tremendous emphasis on college education. Ironically, this demand for higher education has significantly lessened the value of the degree. This decline of value in college degrees has resulted in students competing aggressively to gain acceptance to the three most prestigious universities in Seoul.

Subsequently, to assure children’s competence in the ever more competitive academic scene, many parents send students to “Hagwon,” or private after-school education institutions. In 2017, for example, reports suggested that 83 percent of 5-year-olds in South Korea were studying in these private institutions.

The government’s response to income inequality in South Korea takes the form of restructured tax policies. Since the 2017 election of President Moon Jae-in, the Korean government is working to expand the country’s elderly welfare and unemployment benefits. In this pursuit, the current administration imposed stiff tax hikes in 2017 which targeted leading corporate conglomerates, investors and high-income individuals. Estimates determine that this newly imposed tax plan will raise approximately $3.14 billion to support welfare programs. Many Koreans hope that this newly gained revenue will improve the circumstances for the ever-aging population of South Korea. In addition to increasing taxes for high-income South Koreans, the current administration has also increased the minimum wage.

However, there are concerns over how effective these new policies might be. For example, some reports suggest that the administration’s increase in minimum wage throughout the country might backfire. In response to the rising minimum wage, many small and medium-sized businesses simply cut back the hours that workers can to work.

Income inequality in South Korea is a complicated issue. The portrayal of families living in semi-basement homes paints a dismal picture of the middle to lower class. The ever-rising housing and education costs limit the accessibility of these resources for many South Koreans. The government’s effort to close the income gap in South Korea does not seem to be entirely effective either. However, it is significant that the South Korean government is taking active measures against income inequality. While there are plenty of issues to tackle, many South Korean citizens hope that the current administration’s efforts will result in a future with more equal opportunities and financial success.