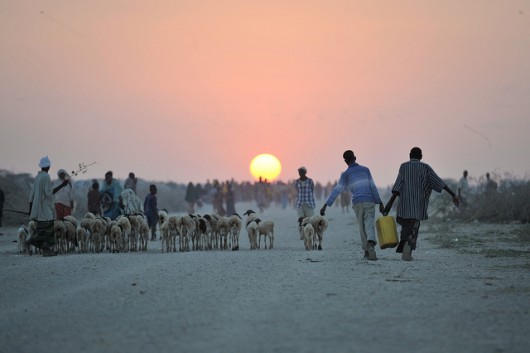 To say poverty is a complex issue is an understatement. The conditions that lead to and perpetuate poverty occur across levels, making it different for individuals, organizations and governments to address. Targeting initiatives toward healthy individual development is imperative to reduce poverty in the long-term.

Poverty, at its core, is a stressor. An inability to gain access to proper nutrition, quality medical care and education greatly affect the well-being of individuals and families.

For children, the effects of extreme poverty are magnified, which has implications for brain development, psychological well-being and ability to handle conflict. Iodine deficiency, which is common in developing countries, can lead to neural tube defects during pregnancy, especially if the fetus is female.

Iodine deficiency is the most common preventable cause of mental retardation in children; the CDC estimates that 18 million children worldwide are born disabled as a result of the deficiency. Currently, two billion people are at risk for iodine deficiency.

Through modernization, individuals are more likely to have access to education, have more cognitively demanding work and utilize logic more often in their daily lives. In turn, critical thinking becomes more necessary and there is a need for individuals to have strong working memory and abstract thinking skills.

While it is difficult to untangle all of the factors contributing to developing countries’ increasing IQ scores, access to education and better nutrition are most likely strong influences on this gain. These countries are developing and modernizing simultaneously, which accelerates the increase in intelligence scores.

Flynn also argues that, in developed countries, the trend towards smaller families have exposed children to more adult speech, which further improves a child’s intelligence. Perhaps it is arguable, too, that as impoverished communities gain access to medical care and family planning and the birth rate reduces, these children reap similar benefits.

As organizations continue to implement programs fighting world hunger and reducing micronutrient deficiencies, this gain in IQ scores for developing countries is an important reminder that at its core, development work is an investment.

Investing in nutrition for individuals in poverty can bring better brain health, which leads to improved academic performance and increased resiliency, thus empowering people both now and in the future.