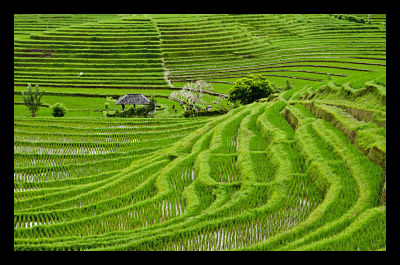 President of Indonesia Joko Widodo, who was elected last year, is making Indonesia‘s infrastructure a priority. He is putting the equivalent of $22 billion U.S. toward improving the country’s infrastructure. This number is 53 percent larger than last year. President Widodo is also dedicating an additional $3 billion to state firms and companies that are involved with infrastructure improvement.

Improving Indonesia’s infrastructure could have long-term benefits that could help people affected by poverty. According to the Copenhagen Consensus Center, anywhere between 10 to 50 percent of crops are wasted while traveling from the farm to consumers. If there was a way to make this number smaller by a mere 10 percent, prices could be reduced; if prices are reduced, 60 million fewer people would go hungry.

President Widodo plans to invest in infrastructure by scrapping subsidies on fuel and providing subsidies for farmers to use on fertilizer and seeds. He also wants to improve irrigation systems for farmers, improve roads and land and provide more forms of communication. In the long run, this can improve overall food distribution.

This tactic has been proven effective in the past.

“Indonesia experienced rapid agricultural growth in the 1970s and 1980s together with reductions in malnutrition and poverty,” Mark W. Rosegrant, director of the Environment and Production Technology Division at the International Food Policy Research Institute, said.

Rosegrant was also involved in the Copenhagen Consensus Center study. “This growth and improvements in food security were significantly driven by increasing investments in rural infrastructure and in agricultural research and development,” he said.

Rosegrant and others behind the Copenhagen Consensus study are suggesting that there are even better ways for President Widodo to reach his goal. The study concluded that it would also be beneficial for President Widodo to invest in agricultural research along with infrastructure. Even if only $6 billion is devoted toward researching how to increase crop yields, the result could be 79 million fewer hungry people around the globe.

President Widodo is hopeful that improving power plants and rural roads will help the people of Indonesia and around-the-world significantly. This is excellent news, and perhaps President Widodo will look into the benefits of agricultural research and save even more lives.