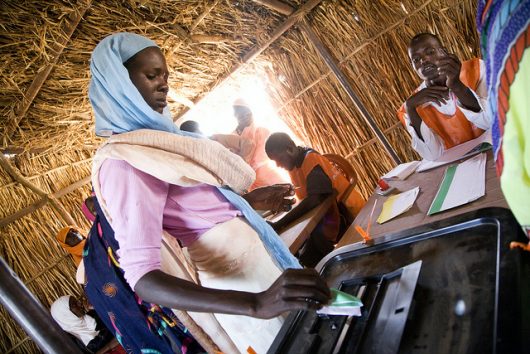 It’s all too true that in most developing or vulnerable countries, local or national governments are tyrannical and corrupt. These governments have a propensity to abuse power, favor the rich and ignore the oppressed. However, by improving governance in the developing world, there is hope that unethical practices will be removed and replaced with unprejudiced laws that will fairly benefit everyone.

Numerous problems surrounding nefarious practices in underdeveloped countries stem from a lack of morality, discriminatory systems and misuse of power. The World Bank reports that in vulnerable countries, a disparate sharing of authority is a common problem that causes countries to stay in a state of impoverishment rather than move toward more progressive procedures that would allow for quicker growth and sustainability.

Unfortunately, it’s easier for the already-powerful leaders to resist change rather than consider the development of new policies for improving governance to benefit the whole society, regardless of economic class.

Additionally, there are many other factors that contribute to shady practices in the governments of developing countries. One of these practices is patrimonialism, which is defined in the Encyclopedia Britannica as a “political organization in which authority is based primarily on the personal power exercised by a ruler, either directly or indirectly.” This means that too much power can easily be granted to one person or group of persons (oligarchy), rather than having different governmental branches to limit what can and cannot be done.

What Steps Can be Taken Towards Improving Governance?

In a patrimonialistic society, the land or state is “owned” by a leader, granting that person the freedom to do as he, she, or they please. This power structure contributes to the cycle of poverty — wealthy land is distributed to the other wealthy people, allowing those choice few to access the best schools, homes and healthcare; on the other hand, the slums are given to the lower class, eliminating chances to thrive in a fair economy. Ultimately, this system halts economic growth for all the citizens.

The OECD Observer gives two good examples of a patrimonialistic society; the first being Morocco, where admittance to bureaucracy protects access to economic benefits, and the next being in the Philippines, where political sovereignty can be bought and sold.

A great way to combat corruption, poverty and improve economic growth is by initializing citizen-based elections. According to USAID, more than half of the world’s populace live under only partly free governments, which limits their civil liberties, causing the inability to freely engage in politics. In democratic elections, the people are granted a voice in choosing who they wish to run their government.

USAID easily lays out the course for democratic elections. The steps include freedom of speech, association and assembly; elections as an essential tool to bolster political openings and cooperation; assembling advocates and describing different political platforms to the public and encouraging political debate.

Another step toward improving governance is creating equal educational opportunities for all people. A large problem in the political sphere of third-world countries is the lack of education that causes many citizens who live in poverty to not fully understand politics; in turn they lack the skills to actively participate in events such as elections or assemblies.

Not only will education improve political understandings, but it will create jobs and give students the skills needed to be seen as valuable by future employers, improving economic growth and sustainability. With higher education comes higher knowledge and realization, skills that permit citizens to see and understand what areas in their countries need change.

One of the best ways to promote better government is through improving public policy and actively working on building a democracy. In the developing world, the people and citizens are often ignored, and their opinions are thought to be arbitrary and unimportant to those high on the political spectrum.

However, in a democratic society, the people get to vote in elections for issues such as industrial projects and new laws. To help aid in understanding public policy and democracy, The World Bank created the Governance Global Practice, which aims to initiate trust between the government and the people.

Despite all of the concerns facing governments in third-world countries, these nation-states are not hopeless. Many countries work towards improving governance and government practices. In fact, organizations such as The World Bank, USAID and the United Nations provide hope for those searching for a better quality of life, and thereby foster countries to work towards a brighter future.