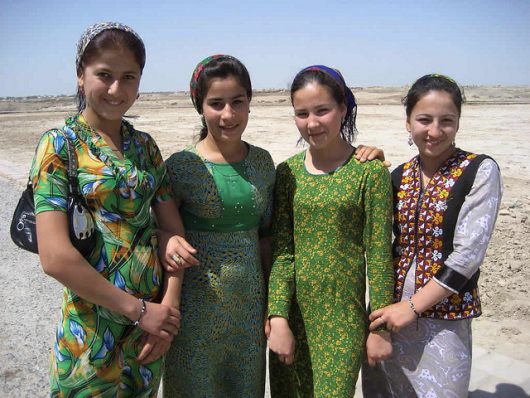 Forty percent of Turkmenistan’s population is under the age of 15, which according to UNICEF provides the country with an opportunity for growth if this young population is able to receive a good education. However, they also recognize that this growing population could be a problem for the country if the quality of education in Turkmenistan begins to decline. It is important for the school systems to continue to grow over the coming years to prepare for this rising generation of students.

In order to ensure the continuation of this necessary growth, the country’s government has partnered with UNICEF to create an educational review program to monitor the progress of schools. They are working to analyze the needs of schools and make necessary improvements to their programs. These improvements appear to be making an impact in the nation since there is a 97 percent attendance rating in primary schools.

However, secondary schools have a lower attendance rate of 85 percent and for pre-primary schools, this number is even lower. This lack of attendance is due to the lack of school buildings and the deterioration of current ones. A UNICEF report states, that as more buildings become unusable, attendance rates will decrease.

This is because the rate of illiterate members in the population ages 15 and older have been steadily declining. There are half as many illiterate adults as there were in 1995, according to a UNESCO report on literacy and education in Turkmenistan. Despite many improvements in education over the last few decades, UNICEF warns that the government needs to work to assure that these improvements are not lost due to issues that the country is facing, particularly as it pertains to the lack of facilities that can be turned into schools.