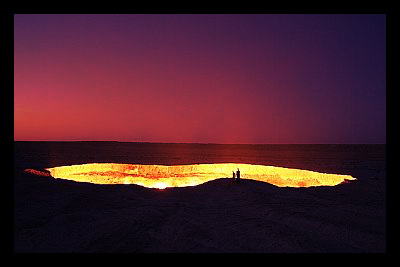 Of all of the former Soviet republics in Central Asia, Turkmenistan has the smallest population and is made up of mostly just desert regions. The extremely strict isolation enacted by dictator Saparmurat Niyazov ended around the time of his death, but the government still remains autocratic. According to Turkmenistan officials, the country is estimated to have the world’s fifth largest natural gas reserves, but despite the wealth that comes from these reserves, there is still a large number of people in the country living in poverty.

The country came into an age of isolation after achieving independence from the Soviet Union in 1991, which has only recently shown signs of improvement. The Democratic Party of Turkmenistan is the only political party in the country and was led by the former president Saparmurat Niyazov until his death in 2006. After making himself president for life, he spent much of the country’s money on daunting projects while heavily cutting social welfare at the same time. Kurbanguly Berdymuhamedov took control of Turkmenistan after the former president’s death and has not fulfilled many of his promises toward political reform in the country.

Turkmenistan was considered the poorest of all of the Soviet-occupied territories and in 1989, 45 percent of the population lived below the national poverty line. The country generally has a limited infrastructure with an insufficient workforce, poor communication and signaling equipment, and a general lack of paved roads. The roads are not regularly maintained or developed, and only 30 percent of households have a telephone. The medical facilities in Turkmenistan are minimal and hard to come by as well, with very low standards compared to Western countries. Military and police presence is very common in public areas because of crime rates and corruption in the country. These authorities often monitor and apprehend people that are perceived as a military or security threat, for example, the people that are simply taking pictures of government buildings.

The economy is underdeveloped because foreign investors have been steering clear of the country for years due to rising conflicts with the legal status of offshore oil and the lack of export routes. The country has been struggling to fully benefit from their massive gas and oil deposits as a result. Each year Turkmenistan produces nearly 70 billion cubic meters of natural gas and about two-thirds of that goes to the Russian gas monopoly, Gazprom. Fortunately, in 2006, a protracted dispute between Russia and Turkmenistan ended with Gazprom agreeing to a 54 percent increase in pay to Turkmenistan. Since then, vast gas pipelines have been opened to China and Iran in efforts to break Russia’s hold on its natural gas experts. There have also been efforts to take part in a project with the European Union called the Nabucco Pipeline, which would provide an alternative to the current Russian gas supplies to Europe. Though over 40 percent of developing countries in Central Asia are experiencing the same hardships, Turkmenistan has a brighter future because of its greater fiscal capacity and great natural gas reserves.