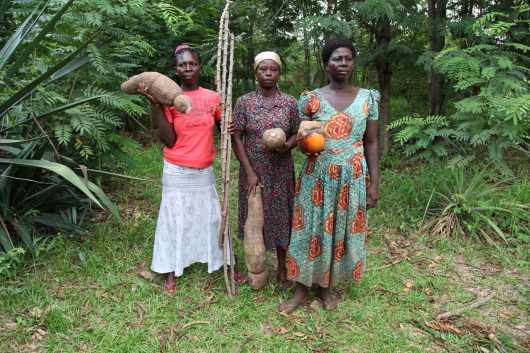 Climate change has the potential to seriously impact both livelihoods and poverty in Niger. Adaptation measures are desperately needed in order to enable communities to cope with the climate change and variability.

The National Action Programme for Adaptation (NAPA), funded by Canada and the United Nations Development Project, supports local producers in Niger to assist them in the pilot usage of improved seeds.

Niger, where two-thirds of the land is covered by desert, is experiencing severe droughts and recurrent food crisis. The new project aims to strengthen resilience to climate change in agriculture and water sectors and thus reduce poverty in Niger.

Here are 5 things about the recently implemented project that you need to know:

“Initially we were seen as guinea pigs,” Abdou Diori, a farmer from the village of Soudouré, said in an interview with UNDP. “Nobody wanted to have anything to do with products with which they were personally unfamiliar… but the benefits are far greater than those associated with traditional seeds, especially in a country such as Niger where rainfall is very unevenly distributed.”

The scientifically improved seeds are a simple solution to lifting the poverty that weighs heavy on Niger’s farming communities.