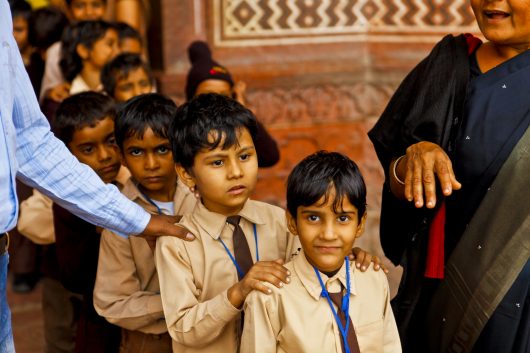 Movies about human rights have the power to make the problems of distant countries personal to viewers. Whether it is a documentary or a fictional story, the impact of film can be extraordinary. These five movies are just a few of the films that highlight human rights issues throughout the world.

Hotel Rwanda depicts the atrocities of the 1994 Rwandan genocide. Following decades of power struggles between Hutus and Tutsis, the Hutu government sought to cleanse the country of Tutsis. This infamous movie about human rights is based on the true story of Paul Rusesabagina, who opened his hotel to Tutsi refugees during the conflict despite being a Hutu himself.

While the Rwandan genocide occurred over two decades ago, the country still faces crippling poverty. The film illustrates the effect of violence and civil war on already vulnerable nations.

Beasts of No Nation never reveals the country it is set in. However, the events within the film continue to happen in various regions. The main character, Agu, loses his family to the violence around him. He is eventually forced to become a child soldier and goes on to commit atrocious crimes.

Sierra Leone, Uganda and Sudan are among the various African regions where child soldiers are recruited. The film highlights the effects of poverty and conflict on children within war-torn nations.

India’s Daughter follows the aftermath of the brutal gang rape of Jyoti Singh in 2012. The event, which took place in an off duty bus, raised various concerns throughout the country about women’s safety. The documentary interviews a wide array of individuals including Singh’s parents, the parents of the accused and the bus driver.

The documentary brings India’s gender bias to the forefront as it depicts the various protests that emerged following the crime.

5 Broken Cameras is a documentary shot by Emad Burnat, a Palestinian farmer, in a West Bank village known as Bil’in. The film is also co-directed by Isreali filmmaker, Guy Davidi.

The documentary depicts life in the West Bank through footage of protests and Burnat’s own family. The film gives raw insight into the lives of those living within an unstable and impoverished region; it is one of the great movies about human rights.

This film highlights the underbelly of consumerism and its implications in the Democratic Republic of Congo. Electronics companies desire minerals from this region to manufacture their products. However, this practice has led to an illegal mineral trade as well as the rise of warlords within the country.

The documentary calls for companies to hold themselves accountable for the war and poverty that plagues the nation.

Movies about human rights are important and informative as global communities work together to end abuses against the most vulnerable individuals and groups.