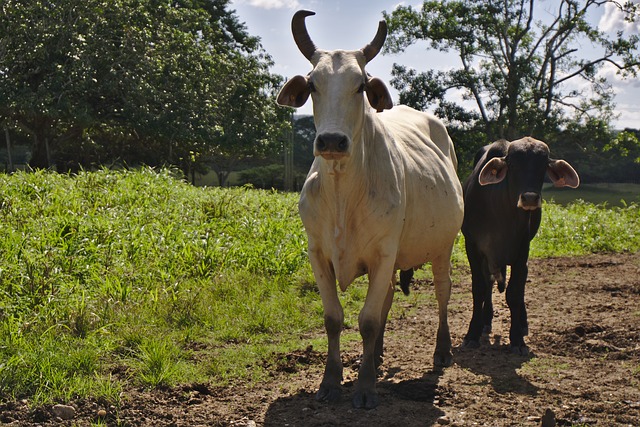 Around the world, billions are lost to see how vital livestock is to a sustainable lifestyle. For many in the developed world, the meat we buy at the grocery store every week and the process it has to go through may seem a bit amorphous and, some would argue, potentially problematic from an ethical perspective. The importance of sustainable livestock is crucial, not only to those of us lucky enough to be able to simply pick up a wide range of meats at a variety of places, but it can be the marker of success for local farmers and businesses in the developing world.

For those around the world that tend to livestock, they rely on it as a primary food source as well as for economic means. As a source of protein and nutrients, livestock is irreplaceable. Poor and developing countries find it difficult to access nutritionally balanced foods. Therefore, access to livestock such as cows and goats can provide much-needed food and economic relief when it comes to supporting yourself, your family and local businesses with products such as eggs, milk and other dairy products.

The acquisition is especially important in areas that are suffering severely from malnutrition. This is not lost on organizations such as, Oxfam and Heifer International that offer a charitable donation in the form of giving a family the much needed, “gift of sustainability,” as Oxfam calls it, such as a goat. Also, the economic and health benefits of owning livestock are not lost on many nations either. For example, Rwanda has initiated a government assistance program called One Cow per Poor Family (also known as Girinka).

A new study has expressed that this program shows great promise in limiting food insecurity. With Agriculture supporting 80 percent of the Rwandan population, owning livestock can also help with limiting the negative effects of soil infertility. However, in the absence of government assistance programs such as these, many poor families will be left with few options, should their crops fail or if other sources of income are dried up. And while there is no shortage of options when it comes to donating to help with food sustainability in underdeveloped nations, livestock sustainability sadly and continually falls to the waste side.

“The contribution of livestock to the wider rural economy remains under-appreciated by all players in development, except farmers,” says The Guardian in their article, “It’s time to recognize the important role livestock play in tackling poverty.” And with under-appreciation or lack of knowledge typically comes under-development and lack of funding. Additionally, livestock can take on many roles as it helps to keep families from slipping further into economic depression. For example, if the crops that the livestock are helping cultivate suddenly take a devastating turn, as they will often do, families will also have the option of selling the livestock itself to stay afloat.

Livestock also can give women in local communities the chance to not only make a profit but also help build economic sustainability for themselves as well. In a world where half the farmers are female, many women have taken the helm when it comes to raising and cultivating livestock. This work, which can be incredibly profitable, will not only give women a source of income and potential economic independence, but studies have shown that with these newfound funds, women will invest a majority of it back into the household. Those are expanded investments in school, food, healthcare, etc.

With the help of livestock, communities that are being ravaged by poverty have a chance to not only pull themselves out of it, but they provide an opportunity to build a sustainable future for themselves and their community. As long as livestock is brought to the forefront of discussions about poverty and development, then global sustainability can see greater positive results.