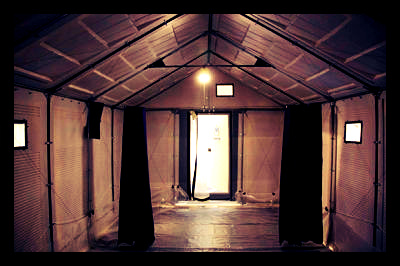 The devastating Syrian refugee crisis has brought to the forefront the plight of millions of refugees around the world.  It is estimated that today there are 10.5 million refugees globally, nearly half of whom are children. United Nations High Commissioner for Refugees (UNHCR) Antonio Guterres has noted that in 2013 alone, over two million refugees were registered, a record number not seen in 20 years.

In response to the dire conditions faced in refugee camps, the Swedish megastore IKEA, most popular for its range of modern and ready-to-assemble furniture and home accessories, recently launched their ‘Brighter Lives for Refugees’ Campaign, where they will donate one euro (roughly $1.38) to UNHCR for each LED light bulb sold in IKEA stores between February 3 and March 29, 2014.

Funds raised through the Brighter Lives for Refugees Campaign will provide a variety of renewable energy technologies to hundreds of thousands of refugees in Jordan, Chad, Sudan and Ethiopia.  Such technologies include solar streetlights, indoor solar lanterns, and fuel-efficient cooking stoves.

It is estimated that a refugee family will spend, on average, 12 years in a camp. This would make it more like a home rather than a temporary refuge.  Life in a camp usually stops when the sun goes down, making even the simplest activities a dangerous endeavor.  The goal of providing lighting and renewable energy technologies is to make camp life more humane, where using the toilet, collecting water or working inside the home is no longer an impossible feat.

It is important to take note of the IKEA campaign because it does not simply seek to provide temporary assistance to refugees.  The idea behind providing sustainable lighting is to transform the refugees’ quality of life, thereby allowing them to be active forces, rather than passive receivers, in improving their lives.  The Brighter Lives for Refugees Campaign website lists a number of positive effects that access to lighting will have on quality of life for refugees:

The IKEA Foundation has been partnering with UNHCR since 2010 to address the fundamental needs of children, including shelter, care, and education.  While the Foundation has committed 73 million euros ($100.448 million) to support UNHCR activities, it has also supported dozens of other organizations, donating 82 million euros ($112.832 million) in 2012 alone.