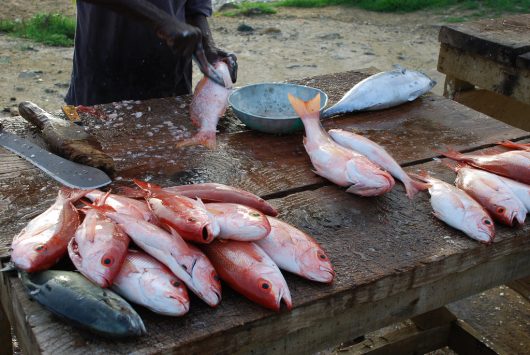 Trinidad and Tobago is a two-island nation located in the Caribbean, just north of Venezuela. The population there totals more than 1.3 million and has “one of the highest per-capita incomes in Latin America and the Caribbean.” As of 2016, about 100,000 people, or nearly eight percent of the population, were undernourished and nearly 30 percent were considered to be in poverty.

According to the Food and Agriculture Organization of the U.N., hunger in Trinidad and Tobago has been on the decline since the protein supply has increased over the past 10 years.

Despite this improvement, there is still work to be done. The World Bank determined Trinidad and Tobago to be the most wasteful country in terms of food per capita. Local nonprofit Nourish TT is working to end hunger in Trinidad and Tobago by serving as a connection between organizations that feed hungry people and businesses that have food left over.

By taking food that would have otherwise gone to waste and giving it to those who need it most, Nourish TT seeks to end hunger in the area. It is effectively changing the amount of food wasted through retail into meals. More than 36,000 kilos of food and nearly 90,000 meals have been donated through the organization.

Food for the Poor is a U.S. organization that is working to alleviate hunger in Trinidad and Tobago. Working on the islands since the late ’80s, Food for the Poor focuses on feeding people who are hungry, building housing for those in poverty and providing other types of aid. Over the last 30 years, the organization has been working with orphanages and building houses in Trinidad and Tobago.

Poverty and hunger are two issues that go hand in hand. In Trinidad and Tobago, strides are being made to eradicate both.