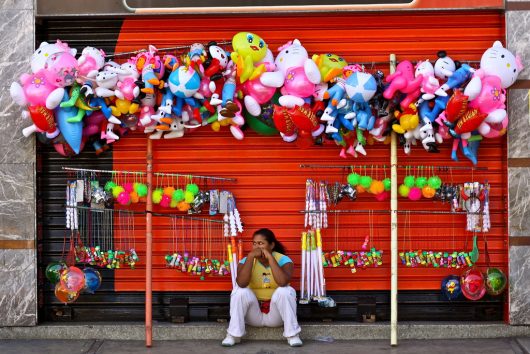 Venezuela, a country on the northern coast of South America, is well known for its lush forests and beautiful coastal view. Unfortunately, the breathtaking scenery does little for combating the growing concern of hunger in Venezuela.

Since Nicolás Maduro’s assumption of the Venezuelan presidency in 2013 after Hugo Chávez’s death, polls have found that 87 percent of citizens do not have enough income to provide food for their families.

Of their measly income, 72 percent is spent on food alone. To afford enough food to feed a family, the Center for Documentation and Social Analysis estimated a family would need the equivalent of 16 minimum-wage job salaries.

Inflation has also risen to over 180 percent since December 2015. This is partly because of a drop in oil prices that reduced Venezuelan foreign earnings by two-thirds. However, it also caused in part by the formation of Local Committees of Supplies and Protection (known locally as CLAP).

CLAP regulates when people can go shopping at the supermarket and even what they are allowed to buy based on the last digit of their identity card. For instance, if the identity card ends in a zero or one, a citizen might be able to buy groceries on Monday. They receive staples such as flour, pasta, and soap at a controlled price; the government controls even hunger in Venezuela.

These regulated shopping trips are not enough for struggling Venezuelans; lately, protests have become more widespread and even physically violent. In Cumaná, protestors marched on a supermarket, defying the grocery-shopping schedule implemented by the government, to empty the entire supermarket of food.

Riots like the one in Cumaná have occurred across Venezuela, with as many as 50 riots in the span of two weeks.

In addition to growing participation in supermarket riots, citizens have been calling for President Maduro’s resignation, blaming his socialist policies and exploitation of farmers for the current food crisis. Maduro’s response has been to blame bordering countries for hoarding food and bombing Venezuelan power plants.

Keep an eye on the Borgen Project for more information on hunger in Venezuela and developments in the Venezuelan food crisis.