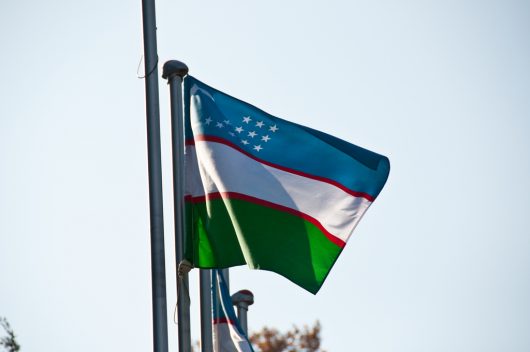 Hunger in Uzbekistan remains a serious issue, yet it is not recognized as a national one.

Close to 75 percent of the working-class population in Uzbekistan live in rural areas, and thus the income of this stratum of the population typically remains low, which exacerbates the lack of food security. This level of poverty has its roots in Uzbekistan’s independence.

Both the domestic and foreign policy of Uzbekistan are inimical to any significant changes that would address the hunger that plagues the country. Since the main priority of such policies is to keep the ruling regime in power, securing food and combating hunger is simply not a huge priority.

Another cause of the lack of food security is the slow growth of the gross domestic product (GDP), which in recent years was as low as seven percent, which is not sufficient for the steadily increasing population.

Furthermore, the economy of Uzbekistan, in regards to agriculture, is largely confined to producing cotton. This lack of diversification exposes Uzbekistan to increased economic risk. This problem is exacerbated by rising food prices as well.

Despite all of these indicators painting a bleak picture of Uzbekistan in the long run, recent reports have shown a decrease in hunger. From 2000 to 2014 the number of undernourished Uzbeks was reduced to less than half of what they previously were. Currently, this number is at around 1.7 million. While much work has to be done, this is a great improvement.

Additionally, unlike the GDP, the rate of agricultural production increased gradually at about 6 percent every year from 2000 to 2007. Furthermore, wheat production grew nine-fold from 1991 to 2006. These stark improvements are largely a result of the isolationist approach Uzbekistan has adopted in terms of its foreign policy, which has both its pros and cons.

One of the downsides that the Uzbeks have experienced as a result of this foreign policy has already been mentioned: the aversion of the rigid regime to take chances that may benefit its population but would otherwise risk its own stability, such as lifting restrictions on trade. The pros of this are increased self-sufficiency that has spurred the growth in certain aspects of the agricultural sector.

There is much work that needs to be done in order to reduce hunger in Uzbekistan. The country has improved in some ways but further work is needed in order to develop a sustainable model that adequately addresses the needs of the citizenry.

What the Solar Energy Market Growth Means for the World’s PoorPoverty in Liechtenstein: Prosperity for Now
Scroll to top