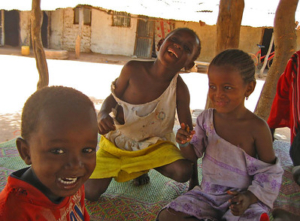 The Gambia is a country located in Western Africa near the country of Senegal. Over the past 5 years, The Gambia has been dealing with an increase in food insecurity. This increase is largely due to the 2018 drought which caused a decrease in food production. In 2019, The Gambia only produced 50% of the food supply needed, leaving many to go hungry. As food insecurity continues to rise, from 5% to 8% in recent years, many organizations are stepping in to help decrease hunger in The Gambia.

The Fight Against Hunger in The Gambia

The World Food Programme (WFP) is an organization that has been committed to helping individuals in The Gambia since 1970. WFP has created a campaign designed to bringing food to households and schools in The Gambia. It is estimated that 10,000 households have been affected by hunger. The main focus is to send money and food to certain areas in The Gambia, specifically households that may need more support during the food crisis. More vulnerable populations include women, persons with disabilities and people suffering from diseases such as HIV. Through the WFP’s school program, the organization has helped 115,000 children throughout primary and pre-schools. UNICEF, WFP, and the Food and Agriculture Organization of the United Nations (FAO) worked with The Gambia’s government in 2017 to launch the ‘Post-Crisis Response to Food and Nutrition Insecurity in The Gambia.’ The program aims to help decrease hunger in The Gambia. Not only will it help to fund and bring food to the country, but it also aims to help farmers produce sustainable agriculture.

Malnutrition in The Gambia

Malnutrition largely affects individuals in rural areas of The Gambia. Underfunding, lack of resources, such as foods high in vitamins, and limited knowledge of nutrition are all factors in the problem of malnutrition. Though malnutrition in children has decreased from 23% in 2010 to 19% in 2018, there is still more work to be done. In 2016 UNICEF worked closely with The Gambia’s government to help address malnutrition. UNICEF is urging the officials to have better funding within the healthcare system in regard to nutrition.

The ‘Post-Crisis Response to Food and Nutrition Insecurity in The Gambia’ was also able to donate nearly 3,000 metric tons of nutritious foods, in the hopes of bringing down malnutrition rates. The European Commission has also funded additional programs that not only help supply nutritional food resources, but also educational promotions about nutrition as it relates to infant and child feeding. These programs help to bring resources to rural areas of The Gambia while also informing youth about how to address the issues of hunger and malnutrition. Over the past few years, The Gambia has been facing increased food insecurity. Providing resources to the public on malnutrition and hunger is more important than ever, as 48% of Gambians are still living in poverty. Programs such as the ones organized by UNICEF and WFP are working to decrease hunger in the coming years.  – Olivia Eaker Photo: Flickr