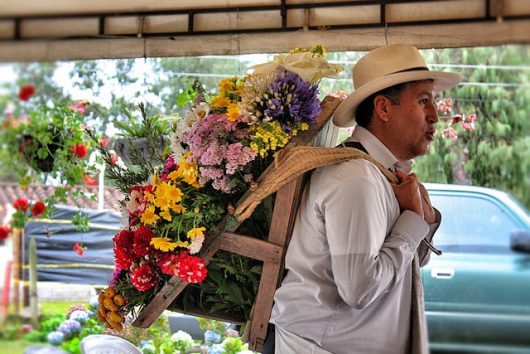 Colombia is the second largest country in South America, with a population of 47.7 million people. It also boasts the third-largest economy in the region with a poverty level below 30 percent. Despite these promising statistics, hunger in Colombia is an important problem.

The Colombian Platform for Human Rights, Democracy and Development reports that at least 41 percent of Colombian households are affected by food insecurity, and rates of food insecurity in rural areas may be as high as 58.8 percent. In fact, between 15,000 and 40,000 people die every year in Colombia due to the direct or indirect consequences of hunger.

In recent decades, Colombia has restructured its domestic food transactions so as to better compete with the global market. The strategy, implemented in the 1990s, was hailed as “the social management of land.”  It focused on ensuring that the country exported “economically relevant” goods, and consolidated regional competition agreements and rural entrepreneurial projects. Food production for domestic consumption is discouraged and policies that benefit large export agribusiness companies are supported instead.

Income and land inequality plague Colombia. The richest 20 percent of the population controls 62.7 percent of the national income, while the poorest 20 percent receives a mere 2.5 percent. National land ownership patterns look the same. A mere 0.06 percent of landholders own 53.5 percent of the rural area. Small farmers also have a hard time getting access to credit benefits which further hurts their opportunities for production.

The World Food Programme and Action Against Hunger humanitarian organizations have been working to address inequality in Colombia. In 2015, the WFP began implementing the Protracted Relief and Recovery operation, which aims to reach 660,000 conflict-affected people within three years, improving access to food in remote areas.

Action Against Hunger works with vulnerable communities displaced by conflict and political instability in Colombia. The organization also focuses on long-term food security and has provided life-sustaining support for tens of thousands of Colombians. Its food security, nutrition and health programs provide services such as emergency food distribution and supplementary nutritional support for children. The organization also responds to recent severe floodings by distributing water shortage tanks and filters around the region.

With help from humanitarian organizations such as these, there is hope for an end to hunger in Colombia.