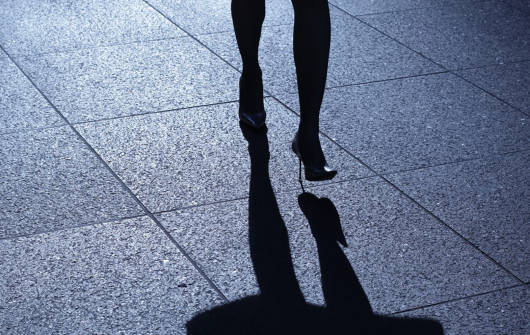 There are several types of human trafficking, and they all have a common denominator: an abuse of the intrinsic vulnerability of the victims.

According to the United Nations Office on Drugs and Crime, human trafficking is defined as “the recruitment, transportation, transfer, harbouring or receipt of persons, by means of the treat or use of force or other forms of coercion.”

Trafficking of individuals is a serious crime and a heinous violation of human rights.

“Every year, thousands of men, women and children fall into the hands of traffickers, in their own countries and abroad. Almost every country in the world is affected by trafficking, whether as a country of origin, transit or destination for victims,” said the UN.

The following are various categories linked to human trafficking.

The United Nations Office on Drugs and Crime suggested that 53 percent of the victims are forced into sexual exploitation. “Sex trafficking is the recruitment, transportation, or harboring of persons through threat, use of force, or other coercion for the purpose of sexual exploitation. This includes movement across borders, as well as within the victim’s own country,” affirmed Human Trafficking Search.

The International Labour Organization estimated that there is a worldwide profit of $100 billion for forced commercial sexual exploitation.

Additionally, “the perceived inferior status of women in many parts of the world has contributed to the expansion of the trafficking industry,” confirmed Human Trafficking Search.

Involuntary servitude happens when a domestic worker becomes enslaved in an exploitative position they are incapable of escaping.

“Domestic servitude is the seemingly normal practice of live-in help that is used as a cover for the exploitation and control of someone, usually from another country. It is a form of forced labor, but it also warrants its own category of slavery because of the unique contexts and challenges it presents,” said End Slavery Now.

The International Labour Organization estimated that approximately 20.9 million people are enslaved to forced labor, and 4.5 are subjected to sexual forced exploitation.

“Debt bondage is a type of forced labor, involving a debt that cannot be paid off in a reasonable time,” said Human Trafficking Search. It is a period of debt during which there is no freedom, consequently, it is also known as debt slavery.

Child soldiers are described as persons under the age of 18, who have been recruited by armed forces in any capacity. Currently, there are thousands of soldiers worldwide.

“The definition includes both boys and girls who are used as fighters, cooks, porters, messengers, spies, or for sexual purposes,” added Human Trafficking Search.

There are approximately 1.8 million children subjected to prostitution or pornography globally.

The Human Trafficking Search defined it as “a sexual exploitation by an adult with respect to a child, usually accompanied by a payment to the child or one or more third parties.”

A child is considered to be involved in child labor activities if this minor is between the ages of 0 and 18, is involved in a type of work inappropriate for their age and in a dangerous work environment.

However, there are several forms of child labor. The most common ones are related to the informal sector of the economy and are linked to agricultural labor, mining, construction and begging in the streets.

Said by the Polaris Project, “human trafficking is a form of modern slavery – a multi-billion dollar criminal industry that denies freedom to 20.9 million people around the world. And no matter where you live, chances are it’s happening nearby. From the girl forced into prostitution at a truck stop, to the man discovered in a restaurant kitchen, stripped of his passport and held against his will. All trafficking victims share one essential experience: the loss of freedom.”